Howard Stern Has a History of Running in Politics

Howard Stern recently said that he may run for president following the Supreme Court’s ruling in Roe v. Wade, however, this would not be the first time the famed radio show host has made an entry into politics.

During an airing of The Howard Stern Show on Monday, Stern said, “I’m actually going to probably have to run for president now,” in response to the Supreme Court overturning the 1973 decision in Roe v. Wade, which legalized abortions across the U.S. The decisions will now be left up to states, and several have already imposed legislation making abortions illegal.

On Monday, Stern also made comments about the Supreme Court justices who voted in favor of overruling Roe v. Wade, saying, “These appointed judges by [former President Donald] Trump were appointed by a president who lost the popular vote by 3 million votes. This is where we get into trouble…the problem with most presidents is they have too big of an agenda. The only agenda I would have is to make the country fair again.”

Stern’s comments on Monday made numerous headlines and prompted dozens of social media users to react, however, the 68-year-old radio host made somewhat similar comments in 2021 while speaking about a potential 2024 presidential bid from Trump.

During an airing of his radio show in November last year, Stern’s co-host Robin Quivers told him that if Trump runs again, Stern will have to be his opponent.

“I know, I’ll beat his a**,” Stern said in response. “I would just sit there at debate and play that f**king clip of him trying to fix the election, over and over again.… There’s no way I’d lose.”

In addition to the comments he made last year, Stern also previously ran for governor of New York in 1994. According to The Washington Post, Stern announced that he was going to run for New York governor on his radio show and stated that he planned to run as a libertarian against Democratic incumbent Governor Mario Cuomo.

“It doesn’t matter if you find me offensive.… I’ll get out of office before I can really screw anything up,” Stern said in announcing his bid for governor, according to the Post.

However, a few months later, Stern decided to end his run for governor after declining to disclose his public financial information. After ending his run, Stern said on his radio show, “I spend 25 hours a week telling you all the most intimate details of my life. One fact I’ve never revealed is how much I make and how much money I have.… It’s none of your business,” the Post reported. 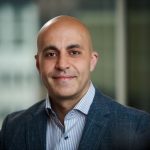 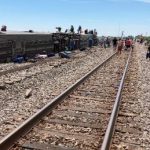 Next Article Amtrak train derails: NTSB investigators arrive at derailment in Missouri that killed 4 and injured 150

Credit: CC0 Public Domain A study analyzing millions of tweets has revealed that Republican members of the U.S. Congress are increasingly circulating news from dubious […]

The trial of P.G. Sittenfeld, who could’ve been, and probably would’ve been our mayor, revealed a lot about the character of the former councilman and just […]

For all the fresh possibilities that first-time political candidates brought to the table, the winners of Tuesday’s primary election showed that, for the most part, establishment politics still win […]