Is Harrison Ford headed into the MCU with ‘Thunderbolts’? | Entertainment

While mum was the word even when he was at the D23 expo, rumors have it that Harrison Ford could be joining the Marvel Cinematic Universe in Thunderbolts.

The project was teased by Marvel Studios head Kevin Feige at the event, where Ford promoting his upcoming fifth Indiana Jones adventure.

While nothing was mentioned about Ford at the time, it’s rumored the 80-year-old superstar was approached by Marvel to replace the late William Hurt as General Thaddeus E. “Thunderbolt” Ross. That news came from Los Angeles Magazine‘s Jeff Snider.

Based on a Marvel Comics title, Thunderbolts sees Ross collecting a team of supervillains for impossible missions.

Ross isn’t just the team’s leader — the relentless pursuer of The Hulk becomes what he most hates: a scarlet-hued version of the beast known as Red Hulk.

According to Marvel lore, apart from his superhuman strength, Red Hulk’s “skin generates intense heat” that “can also be released through his eyes and is strong enough to melt through Spider-Man’s webbing or turn sand into glass.”

Hurt, who passed away in March, played Ross multiple times in the MCU, even before that was officially a thing, starting with 2008’s The Incredible Hulk. He last appeared in 2021’s Black Widow.

It’s not known whether Ford has signed on for, or passed on, the part. 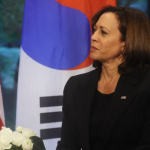 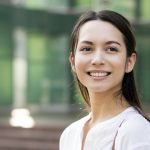 Next Article 6 Habits That Will Help to Reach Financial Freedom

“My kind of crazy”: Costume designer Shirley Kurata on how “Everything Everywhere” found its look

Michelle Yeoh as one of many Evelyns.  Allyson Riggs / A24 Press In “Everything Everywhere All at Once,” the multiverse has a killer sense of […]