The 2022 World Cup was supposed to herald the arrival of Qatar, already an economic powerhouse, into the international arena as a legitimate cultural and political player. But so far, the opposite has happened. In an epic backfiring, all it seems to have achieved is focusing attention on the country’s abusive treatment of migrant workers and repression of LGBTQ+ people and women. Everything in Sunday’s opening ceremony – which the BBC remarkably chose not to broadcast, focusing instead on all that was wrong with Qatar 2022 – felt coloured by the buildup, precipitating an overall sense of enforced joyfulness. Even the generic welcoming words from the Qatari sovereign felt pared-back and pointed.

On the face of it, the frenzy around this tournament has been the rare triumph of a human rights issue “cutting through” to the public. There’s just something about how the bid came about that put people off: it looked like money bending the world to its will, with the event being held in winter – in the middle of the European football season – and the use of cheap, exploited labour to build the facilities. Recent headlines including a World Cup ambassador describing homosexuality as a “damage in the mind” and the sight of a Danish journalist being forced off air, while broadcasting in a public space, seemed to confirm all this. High-profile footballers such as the former Bayern Munich and Germany player Philipp Lahm have said they will not be attending, while the Lionesses’ captain, Leah Williamson, has said she hasn’t “any interest” in such a compromised contest. Major European cities including Barcelona and Paris are not broadcasting matches in public places, and David Beckham, an ambassador for the event, came under intense pressure to withdraw from the proceedings.

But there is something counter-productive and lopsided to the protests: the focus on the actions of sporting figures, players and even viewers seems off when Qatar only managed to manoeuvre itself into this prime position by soliciting the support of powerful states that have fast-tracked its passage into polite society. It is armed to the teeth by the UK, Europe and the US, and is a joint venturer in monumental, lucrative financial and real-estate transactions on European soil. The state of Qatar is the 10th largest landowner in Britain. Since it won the right to host the World Cup, it has been granted billions of pounds of weapons sales licences, including sophisticated surveillance equipment, by Britain.

There is a special relationship with London in particular, and it can be seen in the Westminster ledger of declared gifts. In the runup to the World Cup, the value of Qatar’s gifts to British MPs was greater than the amount spent by all the other 15 countries whose governments made donations to British MPs combined. The Conservative MP David Mundell, the first openly gay Tory cabinet minister, accepted hospitality worth £7,473 from Qatar, and then, in a parliamentary debate a few months later, in response to concern raised by another MP about LGBTQ+ rights in Qatar, said that Qatar’s critics should “focus their energies on the handling of LGBT issues in professional football in the UK”.

So yes, David Beckham should know better, but he is not making a massive leap into the political fringe. Qatar is not a pariah state – it exists in a global political system of western sponsors that have forged deep alliances with Gulf monarchies and extended them immunity. The country’s strong foundations are in its energy wealth, with the yield of gas exported across the world, including Europe, and its soft power is undergirded by strategically investing its surplus to forge titanium geopolitical links in and with the west.

And it is the strength of those links that means the buck has passed to us; and to footballers, coaches and their organising bodies, who have to take difficult questions, or make decisions about attendance, kits, what to say and what not to say. The message from governments, meanwhile, is loud and clear. “We should not politicise sport,” Emmanuel Macron said last week. What he really means is that Qatar (the recipient of French arms exports 25 times higher in 2017–21 than in 2012–16) is with the big boys. How, then, to hold any effective boycott or protest, with this sort of high-profile state protection?

Further weakening the hand of those now pushed to the frontline of Qatar criticism is the fact that the last Word Cup was held, with much less scrutiny, in Russia soon after the Skripal poisonings. The relative pass Russia, a country that hunts its dissidents and passed an anti-LGBTQ “gay propaganda” law, was given compared with the kicking Qatar is getting, makes it hard to argue that there isn’t a whiff of bias alongside the indignant good intentions. There is a sort of cultural gatekeeping at play here, where European countries with longer footballing heritages are seen as more legitimate than gauche Gulf upstarts with little historical connection to the sport. Not reckoning with past mistakes allows Qatar to position itself as a symbol of worldly progress, and hands the opportunity to cynics such as the Fifa president, Gianni Infantino, to claim that the country is being “bullied”.

There is also the vexing question of what constitutes a human rights violation so grave that it deserves a boycott. Is it, shall we say, running a large offshore prison that exists in a legal vacuum, where over the past 20 years, hundreds of prisoners have been dumped without a trial, and many tortured? Guantánamo Bay is not the same as systemically maltreating thousands of migrant workers – no two human rights abuses are the same. But these kind of differences are not always a matter of objective measurement, but of how successfully we have been sold narratives that inure us to some violations and sensitise us to others.

How useful, then, is it really to set up moral purity tests for ourselves when our efforts are compromised by own our governments and our own unexamined prejudices and double standards? Whether you or I tune in over the next few weeks is neither here nor there. If the point is to register an objection and make a stand, then I suppose a boycott is the way to do it. But if the purpose is for some real pressure points to be squeezed so life perhaps gets better for migrant workers and LGBTQ+ people and women in Qatar, then our eyes and efforts would be better trained closer to home.

Qatar and other wealthy undemocratic regimes around the world are empowered in Britain, and by extension on the global stage, by a parliamentary system open to lobbying, a lucrative weapons industry, and a real-estate economy that is geared to a global wealthy elite. Qatar may have underestimated the scrutiny that it would come under in the runup to the competition, but there is one calculation that it has surely made correctly: the anger will dissipate and attention will move on, as the football drowns out the noise. The World Cup lasts a month; grubby political alliances are for ever. 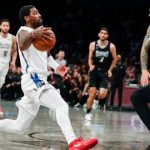 A week of political protests and violence in Iraq, explained

This week, Iraq’s capital city has been caught in lethal violence between political factions. On Monday, influential leader Muqtada al-Sadr resigned from political life, and […]

My run for Detroit City Council taught me a lot about politics, money

A few months after I launched my campaign for Detroit City Council in 2021, I bumped into Detroit’s notorious towing kingpin Gasper Fiore at Nemo’s bar […]

The House committee investigating the January 6 attack on the U.S. Capitol plans to hold eight public hearings in the month of June after wrapping […]

Breaking Down the Hochul-Zeldin Debate