Showtime Sports and Most Valuable Promotions made the announcement on Saturday night.

The fight was expected to take place at the crusierweight limit of 200 pounds. However, Rahman Jr., a natural heavyweight, had never fought lighter than 211.75 pounds since turning pro in 2017. Because of that, the New York State Athletic Commission required weekly weight checks for the son of former heavyweight champion Hasim Rahman Sr., according to Boxing Scene.

Rahman Jr. had not shown the proper progress in weight loss as of this week, prompting NYSAC to move the contracted weight up to 205 pounds. However, according to Paul’s promotion, Rahman Jr. indicated in subsequent offers that he planned to weigh in at 215 pounds at the official weigh-in and that he would pulled out of the fight unless Paul agreed to those terms.

“MVP and Jake Paul will not reward someone that has conducted themselves in such a deceiving and calculated manner. Therefore, MVP is left with no choice but to cancel the Aug. 6 event,” Most Valuable Promotions said in a statement. “This forced outcome impacts Jake Paul, Amanda Serrano and every other fighter on this card who have trained tirelessly over the past few months for this event. The boxing community must hold Hasim Rahman Jr. liable for his lack of professionalism. There has been endless work, time, and money put into building this event and we want to thank our team, Showtime,  Madison Square Garden, Holden Boxing and all of our partners for their continued support. Above everything we want to thank our fans for their commitment to the athletes and the sport of boxing.”

Paul was originally expected to fight Tommy Fury on the same date, but Fury was denied entrance into the United States when attempting to fly from England for the introductory press conference. Fury was forced to withdraw from the bout because of those visa issues. 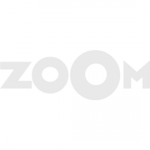 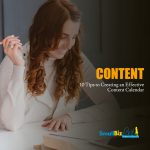 The 2022 NFL Draft is now in the books, but all 32 NFL teams aren’t done adding talent to their rosters. It’s true that the […]

USA Today Adrian Peterson and Le’Veon Bell recently agreed to face off in a boxing exhibition July 30, but the veteran NFL running backs will take differing […]

Magic rookie Paolo Banchero scores most points by No. 1 overall pick in NBA debut since Allen Iverson in 1996

Getty Images A rookie’s NBA debut is always unpredictable. In some cases, nerves may get the best of first-year players, resulting in shaky debuts that […]

getty images There are always some crazy quirks when it comes to the NFL schedule and this year is no different. The one weird thing […]