Jeff Hardy charged with DUI, driving with a suspended license in Florida on Monday

Former WWE champion and current AEW roster member Jeff Hardy was arrested on Monday morning and now faces three charges, including his third arrest for driving under the influence of drugs or alcohol in the past 10 years. Hardy was arrested in Volusia County Florida, according to online records.

That charge, along with driving with a suspended license and violating restrictions placed on his driver’s license, continues a long history of legal troubles and drug and alcohol-related incidents for Hardy.

Hardy was arrested twice in 2019 while a member of the WWE locker room — once for public intoxication in July and a DUI in October. WWE sent Hardy to rehab after the incidents.

This past December, Hardy walked out during a tag match during a WWE house show. He was released from his contract less than a week later and debuted in AEW following the end of his 90-day non-compete clause, joining his brother Matt in the promotion. Rumors that Hardy’s walk-out on the WWE show were the result of renewed substance abuse issues were refuted by Matt at the time.

Hardy has recently been in a series of high profile matches in AEW where he has continued his daredevil style, including matches against Darby Allin and The Young Bucks.

In his tag match with Matt against The Young Bucks at Double or Nothing, Hardy was “almost knocked out,” his brother said on “The Extreme Life of Matt Hardy” podcast. Hardy was visibly impaired by the injury during the match and Matt says Jeff “doesn’t remember the match at all after that happened.”

The Hardys are currently scheduled to face The Young Bucks in a ladder match during AEW Dynamite on Wednesday night. 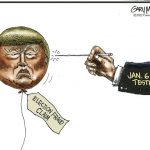 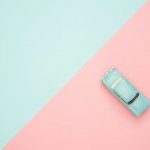 Next Article Top 5 Factors That Affect Your Car Insurance Rates

In his quest to bring a championship to the Brooklyn Nets, Kevin Durant is starting the season 0-1

Kevin Durant lost. That’s the takeaway from the statement Tuesday from the Brooklyn Nets announcing that the organization and its disgruntled superstar “have agreed to […]

Top Rank Boxing Boxing continues to deliver some massive moments and fights in 2022. After a strong start to the year, things have dramatically picked […]

Game 4 of the 2022 NBA Finals between the Boston Celtics and the Golden State Warriors gets underway on Friday night. The Celtics came out […]

Premier Boxing Champions The undisputed junior middleweight champion is on the mend. Jermell Charlo, holder of the WBC, WBA, WBO and IBF titles at 154 […]