John Wall to sign with Clippers after receiving buyout from Rockets, per report

John Wall and the Houston Rockets will reach a buyout agreement that will allow him to become an unrestricted free agent, according to Chris Haynes of Yahoo Sports. Once he’s hit the open market, he will sign with the Los Angeles Clippers, according to ESPN’s Adrian Wojnarowski. Wall, the former All-Star point guard, did not play last season while the Rockets attempted to trade him. When that proved impossible, the two sides pivoted into a buyout. As a result, Wall will sacrifice $6.5 million of the $47.4 million that was owed to him in order to join the Clippers, per ESPN.

Wall has played just 72 games over the past four seasons due to a combination of injuries and Houston’s disinterest in using him. Their loss is the Clippers’ gain. They’ve spent years seeking a more traditional point guard to pair with Kawhi Leonard and Paul George, and now, they’ve seemingly found one. At his best, Wall was among the NBA’s best athletes and floor generals, and his passing should complement Leonard and George’s scoring from the wing quite well.

Houston has been committed to devoting its minutes to its younger players. Jalen Green and Kevin Porter Jr. already received the lion’s share of available playing time in the backcourt last season, and the Rockets added Kentucky point guard TyTy Washington in the first round of the 2022 NBA Draft as well making Wall even less important to their future.

Despite his relatively sparse past few seasons, Wall is still only 31 years old. If he is indeed healthy, he is still relatively close to when most players peak on the aging curve. Houston, still rebuilding, may not have been able to take advantage of that, but the Clippers can. Even in an adverse situation in Houston, when we last saw him in 2021, he was averaging 20.6 points and 6.9 assists per game. There’s still a productive player in there somewhere. Now, Wall will have the chance to prove it on the Clippers. 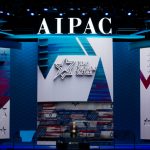 Next Article Can AIPAC Still Claim the Middle Ground?

This past weekend, the Pro Football Hall of Fame inducted its 2022 class. This year’s class brings the total to 362 former players, coaches and […]

Getty Images Jake Paul took the next step in his boxing journey on Saturday night with an impressive victory. The social media star turned rising […]

2022 NBA Summer League schedule: How to watch every game for every team

Getty Images The 2022 NBA Draft is in the books, and free agency is moving right along as well. Now, the next big item on […]

Cardinals’ J.J. Watt says he felt like a ‘wimp’ after encounter with snake in his bathroom

Getty Images J.J. Watt has made five All-Pro teams and over $100 million over his NFL career by virtue of his ability to handle — […]