As the clock ticks down toward Tuesday afternoon’s MLB trade deadline, there are two likely paths lying in front of the Dodgers.

Or bolster the pitching staff through the addition of a starter, with Miami Marlins right-hander Pablo López emerging as a legitimate target for the Dodgers, according to multiple people with knowledge of the situation.

The Dodgers’ interest in Soto has been apparent for weeks, ever since the 23-year-old outfielder rejected a 15-year, $440-million contract extension from the Nationals last month and was placed on the trade block by the club.

The Dodgers are reportedly one of three front-runners in the Soto sweepstakes, along with the San Diego Padres and St. Louis Cardinals.

Acquiring the two-time All-Star and 2020 National League batting champion could come at an unprecedented cost. The Nationals have been asking for as many as six top prospects as well as young, productive MLB players.

For the Dodgers, such a package could include catcher Diego Cartaya, their top overall prospect and one of the most highly touted minor leaguers in the sport; young pitchers in Bobby Miller and Ryan Pepiot; promising hitters such as Miguel Vargas, Michael Busch or Andy Pages; and maybe even second baseman Gavin Lux or pitcher Dustin May off the big league roster.

Nonetheless, optimism of getting Soto has been growing among some in the Dodgers organization in recent days, as other contenders around the league such as the New York Yankees and Seattle Mariners have seemingly dropped out of the running.

Still, there is a chance Soto could end up with the Cardinals or Padres — who each have their own impressive cadre of assets to bring to the table — or stay with the Nationals if the team does not receive an offer it deems strong enough for the generational talent, who will be under team control for two seasons after this year.

If the Dodgers don’t wind up with Soto, they could pivot to López, who is one of the best remaining pitchers still potentially available at the deadline.

A 26-year-old right-hander with a 3.41 ERA in 21 starts this season, López has been at the center of discussions between the Dodgers and Marlins recently. Veteran Marlins reliever Anthony Bass has also been mentioned in talks between the teams.

López, another player with two seasons of team control after this year, wouldn’t come cheap.

The market for controllable starting pitching has gone through the roof following the massive hauls the Cincinnati Reds got from trading Luis Castillo to the Seattle Mariners on Friday, and the Oakland Athletics received in dealing Frankie Montas to the New York Yankees on Monday.

But adding López could help steady the Dodgers’ banged-up pitching staff, which is leading the majors in team ERA but still doesn’t know exactly what to expect out of injured pitchers such as Walker Buehler, May and Blake Treinen down the stretch.

It’s doubtful the Dodgers could acquire both Soto and López, as several of the Dodgers’ top prospects would likely be desired by both teams.

There are also other alternatives the Dodgers could explore before the 3 p.m. PDT Tuesday deadline, with Ian Happ of the Chicago Cubs and J.D. Martinez of the Boston Red Sox the most notable of several other hitters who could be acquired at a lesser cost.

“I think we’ve learned how to manage [the deadline rumors], as far as the noise,” Dodgers manager Dave Roberts said before the team’s 8-2 win against the San Francisco Giants on Monday, which was keyed by Max Muncy’s second-inning two-run home run and a pair of RBIs each from Trea Turner, Freddie Freeman and Will Smith.

With the victory, the Dodgers (69-33) have the best record in the majors going into deadline day.

“It’s just kind of, at least you know now after tomorrow, the guys within the organization that you’re gonna have and so then you move forward with those guys.”

Who exactly the Dodgers could be adding remains unclear.

But on the eve of another trade deadline, they have once again positioned themselves to go after some of the biggest available names on the market.

The Dodgers did make a minor move on Monday, sending left-handed reliever Garrett Cleavinger to the Tampa Bay Rays in exchange for 18-year-old outfield prospect German Tapia. Cleavinger was in triple A, and his departure opens a spot on the team’s 40-man roster. 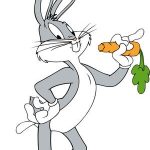 The information given to the U.S. Soccer Federation regarding a 1991 incident involving U.S. men’s national team World Cup coach Gregg Berhalter and his wife, […]

Why Turkey changed its name: populism, polls and a bird

“The main reason why Turkey is changing its name is to eliminate the association with the bird,” said Sinan Ulgen, Chairman of Istanbul-based think-tank EDAM. […]

UK heat forecast: A hypothetical weather forecast for 2050 is coming true next week

The climate crisis is pushing weather to the extreme all over the world, and temperatures in the northern latitudes have been particularly sensitive to these […]