In an opinion issued on Wednesday, the Georgia Supreme Court stated that evidence submitted by the state during Ross’ trial regarding his “numerous sexual dalliances and escapades and his desire to act on ongoing sexual communications and solicitations with other women” as the driving force behind his decision to kill his son had unfair prejudicial impact on the jury.

On the day Harris was accused of intentionally leaving his son inside a hot car for seven hours, he was sexting with six women, including a minor, according to phone records.

“Because the properly admitted evidence that Appellant maliciously and intentionally left Cooper to die was far from overwhelming,” the court’s opinion said, “we cannot say that it is highly probable that the erroneously admitted sexual evidence did not contribute to the jury’s guilty verdicts.”

This is a developing story. Please check back for updates. 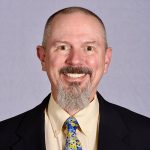 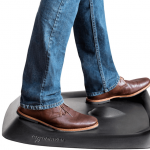 Next Article Best Anti Fatigue Mats for Work in 2022

NEW YORK, Oct 18 (Reuters) – French cement maker Lafarge pleaded guilty in U.S. court on Tuesday to a charge that it made payments to […]

Getty Images No. 6 Texas A&M whiffed on a field goal late in the fourth quarter as Appalachian State closed out a shocking 17-14 win […]

At least 1 dead as tornadoes tear through Oklahoma, Arkansas and northeast Texas

Staples: Ranking 13 teams eligible for College Football Playoff (even if they aren’t top 4 this week)

Every Saturday night, Andy Staples and Ari Wasserman react to the weekend’s slate of games on The Andy Staples Show & Friends. On Mondays, Andy […]