Sunday’s game in Atlanta was the type of game the Steelers lost earlier in the season. But in what has mostly been the case since their Week 9 bye, Pittsburgh found itself on the winning side of a 19-16 score. The Steelers are now 5-7 after a 2-6 start. Atlanta is 5-8 after dropping its fourth game in its last five outings.

Defense, long field goals and Kenny Pickett’s continued growth were among the game’s main storylines. Only two touchdowns were scored on a day that saw both teams combined to make five field goals of over 45 yards, tying an NFL record. Atlanta’s defense was tough, but Pittsburgh’s defense was even better on a day where scoring was a premium. The Steelers’ defense sealed the win when Minkah Fitzpatrick plucked Marcus Mariota’s deep pass out of the air with less than 40 seconds left.

The win was the second in a row for the Steelers and Pickett, who evened his record as Pittsburgh’s starter to 4-4. Pickett went 16 of 28 for 197 yards and a touchdown while increasing his non-interception streak to four games. Pickett’s play was complemented by Najee Harris, who rumbled for 86 yards on 17 carries. The Steelers’ line enjoyed another solid game that included no sacks of Pickett.

The Steelers took a 16-3 halftime lead after scoring on each of their four first-half drives. The only touchdown for either team during the game’s first 30 minutes was rookie Connor Heyward’s 17-yard grab that gave the visitors a 13-3 lead midway through the second quarter. Pat Freiermuth’s 57-yard catch and run on the previous play helped set up Heyward’s first career touchdown catch.

Matthew Wright’s fourth field goal of the game extended Pittsburgh’s lead to 19-6 with 4:46 left in the third quarter. Atlanta finally found the end zone moments later when Mariota found tight end MyCole Pruitt for a 7-yard touchdown pass in the final minute of the quarter. Mariota finished the game with 167 yards on 13-of-24 passing. He enjoyed a successful partnership with rookie Drake London, who had a game-high 95 receiving yards on six catches.

The Falcons had their chance to take the lead after reached Pittsburgh’s 10-yard-line on their next possession. Two penalties, however, led to their best drive of the game ending with Younghoe Koo’s third field goal of the game. Atlanta had a touchdown taken off the board when a holding call was assessed on Parker Hesse on a 10-yard run by Cordarrelle Patterson. Another penalty (a false start on tackle Jake Matthews two plays later) and an incomplete pass on third down forced the Falcons to settle for a field goal.

Pittsburgh milked nearly five minutes off the clock before Miles Boykin downed Pressley Harvin’s punt at the 2-yard-line with under a minute left. Fitzpatrick then clinched the game with his fourth interception of the 2022 campaign. 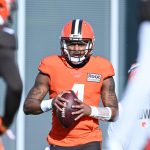 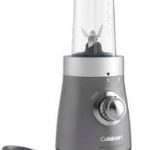 Tarik Cohen has sustained a big setback in his recovery. The former All-Pro running back/returner tore his Achilles during a recent workout, according to multiple […]

Pickleball is one of the fastest growing sports in the United States, and LeBron James wants a piece of the action. The NBA veteran and […]

The Colts wasted no time washing their hands of the 2021 Carson Wentz trade, dealing the quarterback to the Commanders this offseason, just one year […]