LAWRENCE, Kansas — The candidates running against Kris Kobach in the August primary for attorney general argue that it’s the Republicans’ race to lose — and that only he could lose it.

Yet the former Kansas secretary of state and cable news show regular comes to the race as perhaps the best-known conservative in the state, riding a reputation that energizes Republican die-hards and leaves no mystery about what he’d do in office: battle Democrats on voter fraud, on immigration and on anything else that President Joe Biden touches.

The primary tests whether a state senator backed by the party’s conservative establishment, Kelie Warren, or a former federal prosecutor with decades of experience, Tony Mattivi, can overcome the well-established Kobach brand.

That trademark style includes a relentless focus on hot-button national issues and the federal government as nemesis.

Kobach said during a recent debate in Pittsburg, Kansas, that he plans to continue that approach if he’s elected by repeatedly suing President Joe Biden for federal overreach.

“I’ll wake up every morning having my breakfast thinking about what our next lawsuit against Joe Biden is going to be,” Kobach said.

But Warren and Mattivi argue that Kobach’s recent election losses suggest he’s too much of a lightning rod to hold the seat for Republicans. (Attorney General Derek Schmidt is running for governor). After all, he lost the 2018 governor’s race to Democrat Laura Kelly.

Warren has the backing of the Kansas Republican establishment who mostly share Kobach’s ideology — she’s arguably every bit as conservative, just as fed up with woke liberals, as he is — who fear his political baggage makes him vulnerable to handing over the job to a Democrat for the first time since 2011.

Warren attacks Kobach for flubbing the defense of the state’s voter ID law in court in 2018. That cost Kansas almost $2 million in court fees and a federal judge ordered Kobach to take remedial law classes.

After losing to Kelly, Kobach lost the 2020 U.S. Senate primary partly because of the arguments he faces this year — that his name has become Republican doom on the general election ballot. Warren hasn’t taken a shot at statewide office before, but she’s never lost an election.

“I have been tested, and I win,” Warren said recently. “And the other candidate: conservative Republican but doesn’t win.”

Mattivi, meanwhile, says he wants to be an attorney general focused on doing the job to protect Kansans, not a politician.

Mattivi has never run for election before. Instead, he’s been a prosecutor at every level for the last 30 years, including serving the state in the attorney general’s office about 24 years ago.

The winner will face Democrat Chris Mann, a former police officer, in the November general election.

Kobach’s been close to former President Donald Trump. He led Trump’s short-lived hunt for voter fraud and consulted him on immigration law. He was also briefly considered for a spot in the Trump cabinet.

“I know in Johnson County he has a pretty large following and people like what they hear from him,” she said.

Kobach said he will continue to pursue voter fraud, despite little evidence supporting its existence. But this time he would be doing it as the top lawyer for the state.

That kind of approach to government and politics built Kobach’s national profile. The lawsuits also allowed Kobach to make money on the side while elevating his political brand, even when he was in office.

Michael Smith, a political scientist at Emporia State University, said Kobach operated that way while serving as the Kansas secretary of state. He says Kobach will do that again as attorney general.

“It would be a lot of hot-button issues, a lot of high-profile issues,” Smith said. “And the man would keep himself in the news a lot.”

Although she’s likely the best chance to win over Kobach, Warren presents herself much in the same image as Kobach.

She said she, too, would sue the Democratic president for federal overreach. She considers Biden part of the far left that pushes the party’s agenda on immigration and things like critical race theory.

“It’s all very difficult for Kansans, and not our conservative American values,” Warren said. “I’ve been standing up fighting against the left since I first ran (for office) in 2018.”

Warren also has 25 years of experience as an attorney. But she began her political career in the Kansas Legislature because her Johnson County district was represented by someone she called a “woke” Republican. Two years later she ran for the Kansas Senate, again defeating a Republican incumbent.

In the Senate, Warren currently chairs the judiciary committee.

That put her in a key spot to push for an amendment to the Kansas Constitution — voters will decide the issue in the same Aug. 2 primary — stripping out protections of abortion rights..

She has been endorsed for attorney general by the Kansas Senate’s entire Republican leadership, and she has received financial contributions from big conservative donors, such as the Kansas Chamber of Commerce.

“We have to have a conservative Republican like me, who wins tough elections,” Warren said, “and then wins on conservative policies once elected.”

Mattivi has 30 years as a prosecutor under his belt. He’s served as a prosecutor on the county, state and federal levels, leading cases from speeding tickets to domestic and international terrorism.

But he has practically no political brand to speak of, and he appears set on keeping it that way.

He said he wants to be an effective prosecutor who supports law enforcement in Kansas to fight rising crime rates. And he says Democrats want to defund the police.

While he said he will also fight federal overreach, he attacks both Kobach and Warren as politicians more concerned about personal ambition than public service. Warren, he notes, is running for office before finishing her first term in the Kansas Senate.

“I don’t believe (attorney general should be) a political springboard,” Mattivi said. “I will be on the job, every day, in the office and the courtroom managing our litigation.”

The state’s political consensus holds that the Republican candidate will win the position this fall. But Warren and Mattivi contend only Kobach could lose the general election to a Democrat, which he has done before.

However, Warren and Mattivi could ultimately split the opposition vote, handing the race to Kobach.

Smith said the race is a possible repeat of the 2018 Republican primary for governor when Kobach barely won over incumbent Republican Gov. Jeff Colyer, who was hurt by some votes going to two other candidates.

“That (third) candidate right now appears to be set up to be a potential spoiler that could allow Kobach to win,” Smith said.

Dylan Lysen reports on politics for the Kansas News Service. You can follow him on Twitter @DylanLysen or email him at dlysen (at) kcur (dot) org.

The Kansas News Service is a collaboration of KCUR, Kansas Public Radio, KMUW and High Plains Public Radio focused on health, the social determinants of health and their connection to public policy.

Kansas News Service stories and photos may be republished by news media at no cost with proper attribution and a link to ksnewsservice.org. 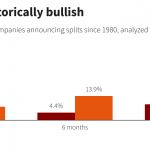 How Republicans could still blow the 2022 midterm elections

Sometimes, however, trends in public opinion are surprising. Even as President Joe Biden’s approval rating languishes south of 40%, Democrats aren’t just holding their own […]

The impact of overturning Roe vs. Wade

An Ohio law banning almost all abortions after six weeks went into effect. A lawsuit was filed to overturn it, and a complete ban on […]

OPB Politics Now Your browser does not support the audio element. In Clackamas County, they’re almost done counting votes. But the controversy over how to […]

Neil Parish, a British politician representing Tiverton and Honiton in Parliament, admitted Saturday that he watched pornography on two different occasions while in Parliament buildings, […]