LAKE RONKONKOMA, N.Y. — A Long Island woman was arraigned Monday in a shocking crime that has much of Lake Ronkonkoma talking.

The suspect tried to steal a car in a church parking lot then ran over the car’s elderly owner, police told CBS2’s Jennifer McLogan.

Historic St. Mary’s Episcopal Church, overlooking Lake Ronkonkoma, is known for its preschool, thrift shop and donation bins to help the community. Now, they’re praying for a parishioner who was carjacked in the parking lot while dropping off clothes.

“Getting run over is horrible. But when you’re doing it, trying to do something kind, it’s terrible,” parishioner Maureen Watts-Cassero said.

The victim, a 73-year-old former nun, lives in St. James. Her friend described Lorraine Lombardo as a retired nurse with a kind heart. That gesture of kindness resulted in a violent crime.

Lombardo came to church to donate, but left the motor running when she exited her car.

According to police, 50-year-old Doreen Dunbar jumped behind the wheel, attempted to make a getaway, reversed, accelerated, knocked down the elderly woman, partially running over Lombardo’s legs, and fled.

“It’s terrible that somebody wants to donate clothes to the church and … But it’s a lesson: don’t leave the keys in the car with the motor running,” neighbor Eugene Rath said.

“I come to the church. I come to buy stuff in the thrift store, it’s my favorite place. And now, believe me or not, I am a little scared,” Elida Clemente said.

The priest called 911 and Lombardo was rushed to Stony Brook University Hospital, where she had surgery and remains in stable condition.

Lombardo’s friends said they’re grateful her injuries are not life-threatening.

“It’s a shame. I hope she recovers and she’s OK, and hopefully the woman who did this will get the help that she needs,” neighbor Kim Gray said.

Dunbar was under psychiatric observation until her arraignment on robbery and assault charges. She’s being held on $200,000 partially secured bail.

Dunbar, described as homeless, was issued an order to stay away from Lombardo.

During her decades-long career, Jennifer McLogan has been recognized for her coverage of breaking news and live reporting on major stories that include the September 11 attacks, Superstorm Sandy, the Gilgo Beach Murders, the Long Island Rail Road massacre, the crash of TWA Flight 800, the Philadelphia Police firebombing of the radical group Move, the Hamptons’ Pine Barrens fires, and major snowstorms crippling the Northeast. In sports, she covered Super Bowl XLVI, World Series with both the Yankees and the Mets, NBA finals with Michael Jordan and the death of Arthur Ashe. 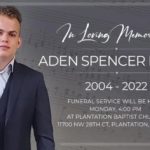 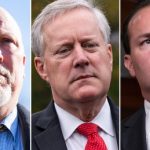 A big primary day on Tuesday featured the apparent defeat of controversial congressman Madison Cawthorn in North Carolina and a struggle for Dr. Mehmet Oz […]