“You spent 14% less time on your phone this week.”

As many readers may know, the iPhone generates weekly messages that are automatically delivered to its users. Intent on providing a quick snapshot into phone usage, these messages appear unsolicited and without much context.

Generally, these messages are not something to which I give much attention. But, this week, the seemingly simple statement hit me like a ton of bricks.

I am well aware that I spend too much mindless time on my phone. Recognizing this, over the past six or eight months I have disciplined myself to replace screen time with books. During that time, I have taken a particular liking to books about our current technological and entertainment culture. More than just refraining from wasting time, I have been seeking to understand the lure of mindless technology, the architecture of social networks, and the psychological impacts of the overuse of such media. During this time, I have also undertaken technology fasts, have removed various apps from my phone, and have made a commitment to engage in other forms of activity and entertainment.

To my mind, I had been doing relatively well ensuring that the mindless use of technology was not eating up my life. And then I got this simple message.

“You spent 14% less time on your phone this week.”

The reason this message was so striking to me was that I immediately knew EXACTLY why that number had dropped so dramatically. The reason was because my son and I had gone fishing three times in the preceding week, accounting for roughly 15 hours of shared leisure. So, when I read that message, which is usually void of context and generally vague, I was quickly able to translate the words into their real meaning.

“You traded 15 hours mindlessly staring at your phone for quality time spent in nature with your son last week.”

This. This was the real message behind the distant and declarative words that appeared unsolicited on my screen. And it hit me like a ton of bricks.

Coming so close on the heels of time spent with my son, I knew precisely the value of the time we had spent together. During our trips, my 7-year-old son was able to learn how to navigate a kayak. He spent an evening with my brother, whom he sees only a few times a year. He helped to steer a boat at 35 mph across the open lake. He missed five fish and learned about the habits of living creatures. He experienced nature, a sunrise, and death. He spilled his kayak and got back up and started over again. All of this and more was what I had traded for 14% less time spent on my phone. It was time that would have meant nothing in retrospect, that would have imperceptibly robbed me of something so much more beautiful and important.

I am unsure what those who come after us will have to say about our little sliver of history. But I am certain that historians will come to explain how something dramatic and unfortunate took place within the span of our lives. I am convinced that the essence of community itself is being challenged through the mindless choices we make about how to spend our days, our evenings, and our weekends. One percentage point at a time. Ten minutes here, an hour there. One new app, another set of influencers to follow.

As my friend Howard says often, please don’t hear what I’m not saying. I am not against technology. I am not unaware of the value of our connectedness. I leverage tools each and every day that undoubtedly help to bring humanity together, that do the hard work of building community. But, at each and every step along the way, I am tempted, and I fall prey to easy and mindless activities, that rob me of precious time and resources spent in relationships with others. And, for this week, at least, I found myself reflecting on what that means for the kinds of communities we are creating together. It got me wondering afresh what the opportunity cost is of having a phone at my disposal each and every moment of my life. It got me wondering what I am failing to see, understand, and accomplish with others as I mindlessly inhabit the illusion of community in virtual space.

Management guru Peter Drucker once famously said that “Culture eats strategy for breakfast.” This week, that was again made crystal clear to me. Despite my resolute strategies, the culture of technology so often continues to have its way with me. Though I managed to claw my way out for 15 hours last week, this week is here, and next week will soon be upon us.

Another alert will soon be generated.

For my part, I am going to work to see if I can’t be more intentional, more resolute, and more focused on creating culture around technology than committing to short-lived strategies to keep me from using it so much.

Perhaps you’ll consider joining me in this.

Undoubtedly, our communities will be better for it.

Daniel Rossi-Keen, Ph.D., is the co-owner of eQuip Books, a community bookstore in Aliquippa and the executive director of RiverWise, a nonprofit employing sustainable development practices to create a regional identity around the rivers of Beaver County. You can reach Daniel at daniel@getriverwise.com. 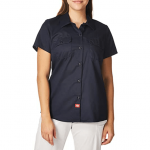 Next Article ‘I choose hope.’ Warnock’s memoir documents his path to politics

EL PASO, Texas (Border Report) — The bipartisan Border Security Technology Caucus met for the first time on Tuesday and listened to a presentation on […]