Logan Paul’s WWE career appears to be far from finished after his appearance at WrestleMania earlier this year. The social media superstar tweeted a photo of himself signing a contract with WWE executives Stephanie McMahon and Paul Levesque (previously known by his wrestling persona Triple H).

Paul teamed with The Miz at WrestleMania, defeating Rey and Dominik Mysterio in a tag match. After the match, Miz turned on Paul, attacking him and appearing to set up a future storyline between the two.

Paul recently tweeted photos of himself training for a return to the ring, which led to The Miz confirming that Paul was returning at SummerSlam, which takes place July 30 in Nashville. The Miz suggested that, despite his post-WrestleMania actions, he would again team with Paul and suggested the pair would make a run to become tag team champions.

More likely, however, is that Miz and Paul will clash in singles action.

Details of Paul’s WWE deal have not yet been revealed. It’s unlikely he will be a week-to-week on-screen talent but will likely be a part-time performer who appears at major events and on weekly television in support of those events. 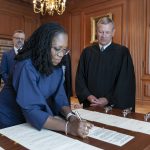 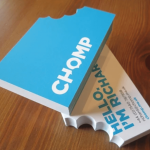 WWE The fallout from WrestleMania 38 radiates through WrestleMania Backlash. Existing feuds persevere and new ones dial up the intensity in Providence, Rhode Island on […]

USATSI This week, NFL owners are meeting in New York to discuss different matters of importance in regards to the league. One item on the […]

Raheem Mostert had about 30 seconds to digest the news of the Dolphins’ two big NFL deadline trades before sharing his thoughts Tuesday afternoon. Along […]

A near career-ending concussion and a willingness to open up have led Sheamus to what many consider his best WWE run. Sheamus has already carved […]