MIAMI – As the primary election approaches, a candidate for the Miami-Dade County Commission is raising money for her campaign using an OnlyFans account.

For Martha Bueno, the use of the risqué website is a means to an end. She wants to beat an opponent who has raised more than a million dollars.

“I’ve been looking at your numbers and you have some really big ones,” Bueno says in one of her OnlyFans videos. “Donations, of course!”

You’re looking at “dirty politics” redefined in the age of the internet.

“Nobody’s heard from you in the district,” she says. “I’ve heard you’ve been a really bad boy this campaign.”

Bueno, a Libertarian candidate for Miami-Dade’s District-10 Commission seat, is taking aim at her Republican opponent in the most sexually suggestive of ways.

“I thought you were a Republican, that’s so kinky, what a naughty boy you are,” she says in a video.

Bueno all “bueno” with using the wildly popular OnlyFans website, where 130 million “fans” pay for content, often sexual in nature.

“I’m not that girl making $3 million a month, so trust me, it’s not a whole lot of money,” she said.

But, so far, her 50 subscribers paying $4.99 a month for her three relatively tame videos could become invaluable in grabbing attention away from her well-funded opponent, businessman Anthony Rodriguez.

“The whole purpose behind that video is how I can show people how dirty politics really are,” she said.

Rodriguez also happens to be Bueno’s neighbor. He didn’t answer when we crossed the street looking for comment.

But another guy from the neighborhood did – former street fighter and current UFC star Jorge Masvidal.

“That’s marketing 101, holy smokes! You told me OnlyFans and I was thinking the bathing suit half off,” he replied.

The Republican-leaning fighter endorsed Bueno for her brains, calling it a knockout move.

“That was pretty damn clever,” he said.

“I don’t know about the OnlyFans thing, but I do hope that I am a pioneer. I do hope that I’m finally stop paying attention to the letter behind our name, R or D, and what we’ve actually accomplished,” Bueno said.

She’s creating a new sort of political fight which could be difficult to beat. 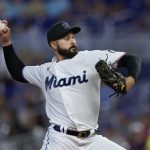 A new report by the European Roma Grassroots Organization documenting the living conditions of Roma and Sinti communities shows they are Europe’s largest, and most […]

How your profession can predict your politics

Why are you a conservative? Or a libertarian, Republican, Democrat, socialist? How do people come to such different conclusions? We like to think that our […]

Politics is beginning to look like a toxic sludge

Of course most people are seeing the Partygate affair as the tip of a toxic political iceberg. As the chance to aggregate our political disdain […]