The parent company of Foxwoods Resort Casino announced Wednesday its latest business acquisition intended to generate revenue regardless of business conditions and pandemics.

“The tribe definitely was intentional about diversifying its economy in industries that can weather different economic downturns and cycles and away from gaming,” said Angelina Casanova, a Mashantucket Pequot Tribal member and chairwoman of the Command Holdings board of directors.

With more than $100 million in annual revenue and 350 employees, WWC Global’s portfolio of customers includes the departments of Defense, Homeland Security and State and Agency for International Development.

WWC Global is a professional services contractor, working on the business side of government, including financial management, budgets, training and other programs. Jon Panamaroff, chief executive officer of Command Holdings, said federal contracting is more sustainable than seasonal type businesses that are exposed to up and down cycles.

WWC Global was founded by women who were barred from working with their husbands on overseas military bases, Chief Executive Officer Lauren Weiner said.

Tribal leaders decided to focus on diversifying the Mashantucket Pequot business following the Great Recession, Casanova said. Slot revenue was off nearly 11% in 2008, a loss of $88.7 million from before the recession in 2006.

More than a decade later, the pandemic and a nearly three-month shutdown of Foxwoods in 2020 to slow the spread of COVID-19 led to a collapse in revenue. It began to climb back slowly as the pandemic receded.

But even before COVID-19, revenue was under pressure as casino competition intensified in the Northeast. MGM Springfield opened in August 2018 and Wynn Resorts’ Encore Boston Harbor opened the following year, drawing gamblers and visitors from Foxwoods and Mohegan Sun and adding to an already crowded market in Connecticut, Massachusetts, New York and Rhode Island.

Catch up on the day’s top headlines sent directly to your inbox weekdays at 3 p.m

Foxwoods, which the Mashantucket Pequot Tribal Nation needs to support its credit, “creates vulnerability to competition and an inability to sell assets to repay debt,” Moody’s Investors Service analysts John E. Puchalla and Keith Foley wrote in an April 21 note.

Casino competition and the clear field in sports betting and online gambling that some states enjoyed were critical issues in negotiations last year with the administration of Gov. Ned Lamont to craft legislation authorizing sports betting and expanded gambling on phones, tablets and laptops.

Nationally, tribal enterprises are “economic engines, locally and regionally,” according to a report by the Federal Reserve Bank of Minneapolis. As of January 2020, tribes provided more than 1.1 million jobs in the U.S., most of which were held by nontribal members. Tribes are active in numerous industries, including hospitality, tourism, energy, manufacturing and development and financial services, the report said.

The recent acquisition by the Mashantucket Pequots is not the first for Command Holdings, which wrapped up two other deals in July 2021. It acquired CeLeen Inc., a St. Louis-based information technology company, and Quattro Consulting in Washington, D.C.

Stephen Singer can be reached at ssinger@courant.com. 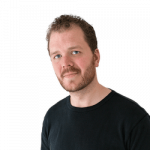 From Joyride to Irma Vep: a complete guide to this week’s entertainment | Culture

Going out: Cinema JoyrideOut nowYou’ve got a choice of two charming new road trip movies in UK cinemas this week. This one stars Olivia Colman […]

The Salt Fork Arts & Craft Festival brings many artists and their creative talents to Cambridge City Park. It provides entertainment throughout the day and […]

When you think of love, you may immediately jump to “being in love” or the love you have for the things you enjoy most. That […]

For SILive.com subscribers: Last opportunity to enter for a chance to win a big-screen TV home entertainment system

STATEN ISLAND, N.Y. — Don’t miss your shot to enter for a chance to win this amazing home entertainment system for free! All you have […]