With more than 25 years of experience in the media and entertainment industry, Melanie Thomas is  an award-winning producer, director, entrepreneur, executive producer and media professional. She’s also a native Sarasotan.

In 2008, Thomas became the founder and executive producer of Greatness Beyond Measure (GBM), a local mentoring organization that aims to ignite a spirit of excellence in teens and young adults. It also provides a platform for aspiring teen and young adult artists, musicians, poets, dancers, entrepreneurs and others to showcase their creative talents.

Thomas has been recognized for her dedication to the community by the American Advertising Federation, the Greater Sarasota Chamber of Commerce, Sarasota County Branch NAACP and the Young Lawyers Division of the Sarasota County Bar Association, among others.

Now in her 50s, Thomas still works in the entertainment industry while running GBM. She also works with the young adult ministries at Trinity Christian Fellowship in Sarasota.

“I grew up in the predominately Black neighborhood of Newton Estates, and I attended schools that were of mixed races. That was also reflected in my group of friends who were everything from Black to Caucasian to Latino. My parents, Rayford and Rosa Lee Thomas, raised me to not be selective of one group vs. another.”

Did you experience racism as a child?

“Most of my feelings of being different came about during adulthood. One experience that I remember vividly, at about age 46, was when I entered an elevator with a white woman and her toddler son. His instant response to seeing me was screaming and crying—he was terrified. It was clear that he had never seen a Black person before.

“I was trying to figure out what was going on, but it was clear that the kid responded to what he had been taught at home. His mother didn’t look at me—didn’t even acknowledge that I was there. It seemed like it was a normal response for him to be afraid of me. It caught me off guard. All these years later, I am still baffled by that moment. I will never forget it.”

“This also happens in the grocery store. When I walk by, or toward, a white woman who has her purse in the basket, she will grab for it. And recently, as I walked out of a store, the salesperson came over and scanned my body with her eyes to see if I was walking out with any stolen merchandise. I wasn’t raised that way. It’s beneath me to steal. It makes me question the other person: what happened in your life that made you feel that you need to categorize me as one of those people?”

“It’s also the norm for me to be the single minority, or one of only a couple Black people, in a room of 50 or more Caucasians at a Sarasota event.”

How does it make you feel to be one of the only people of color in a room?

“I wonder, doesn’t that bother anybody? We need to do better with who we send invitations to.

“God is a master of coloring and painting. That’s why he’s given us all different shades and hues—mocha, chocolate, caramel, and vanilla— he same way he paints plants, grasses and flowers. The world would be a better place if we could live with that thought. Just because my skin is darker than yours doesn’t make you more brilliant and entitled. Tthere’s no way that God has ranked it like that. He deals everyone a different gift, that’s his choice and we need to accept that.”

You’re the mother of a 27-year-old Black man. What feelings come up for you around race when you think about that?


“The first thing that comes to mind is the George Floyd era. How his death occurred is what made his murder different—the knee to his neck was a modern-day lynching. And for Derek Chauvin, it didn’t matter that people were watching. He was bent on destroying what he considered a devalued life. Floyd was no longer a person to him. It was as if he was an animal, not a man, to be destroyed. These people are taking lives. And it’s upsetting.

“Recently, I asked a young man, about 11 years old, how he feel about what happened to George Floyd. He started crying. It made him afraid that he would be killed by law enforcement. It’s worse now for every mother, including me.

Do you and your son talk about it?

“My son Derrek lives in L.A., and even though he’s a grown man, I worry because racial profiling, and the rise of hate groups, is real. I can’t help but call to see if he’s all right. I ask him to call me when he gets to where he’s going and when he gets back. It keeps me praying, praying and more praying. I cannot pray enough for the safety of my son and other young Black men. It helps me sleep.

“When my son drove from Sarasota to L.A., it was scary time for me. The advice that his dad and uncle gave him was, ‘Whatever you do, don’t stop in Alabama. Gas up before you get there.’ My son had to cross deserts and mountains, and I was not as afraid of that as I was about racial profiling and police brutality, because he’s a Black male.

“I asked him not to drive at night, because I hoped that it would be safer for him during the light of day; that it’s easier for people to be watching and witnessing. It should have been a fun road trip. It shouldn’t be that way.

“Our skin makes us a target, yet white people will lay in the sun for hours and go to a tanning booth to become my cinnamon color. Not to mention that it’s all right to pay to see us perform yet we are still considered inferior. Why is society selective about what pieces of the Black community they want to embrace? Why can’t we accept each other for the purpose to unify, not to destroy? In unity, there is strength.”

What has been your experience growing your career?

“I’ve gotten pushback when I wanted to contribute an idea that made me seem too intellectual. When I do so, there’s a risk that I will get cast as ‘uppity.’ My parents always told me, ‘Melanie you must remember that you must be at least three times better than the Caucasian person beside you, if you want to get ahead. That’s the only way to prove yourself.’ I tell my son the same thing.”

How do you stay focused on the endgame?

“In my life, there were no bigger role models than my mom and dad. Because of my parents—who were married 55 years until my father’s death in 2020—I know unconditional love. The love from them and my extended family is what keeps me going and where I draw strength. Love is the most powerful thing on Earth.”

Do you have a motto you live by?

“The poem ‘Our Deepest Fear’ by Marianne Williamson helped shape my life. It begins, ‘Our deepest fear is not that we are inadequate. Our deepest fear is that we are powerful beyond measure. It is our light, not our darkness that most frightens us. We ask ourselves, who am I to be brilliant, gorgeous, talented and fabulous? Actually, who are you not to be? You are a child of God.’”

Tell us about Greatness Beyond Measure.

“That poem helped shaped the intentions behind GBM, empowering young people of all ages and colors for real life—including the underserved—through mentorships and partnerships with more than 30 organizations and churches. We’ve helped more than 500 teens and young adults from around the country.

“It is my pleasure to work with brilliant, young people in fields from arts to economics to technology to entrepreneurial and career development. Some of our kids are already designing robots. We encourage them to not stifle their gift, because oftentimes they hold back to fit in. But many don’t know they have a talent until someone shows them. At GBM, we are a resource for what they need to get to the next level.

“We also award scholarships, promote technology and innovation and social networking. And we hold workshops and lectures to keep our teens current on the latest trends in electronic media and beyond.”

Over the course of your career, you’ve interviewed some of the most influential Black people in the world. Who made the biggest imprint?

“I’m a performance, art and music lover to the bone, so I love getting into the minds of entertainers. Some of my best times have been backstage interviews.

“The first person who comes to mind is Grammy winner Kirk Franklin. I remember when his career launched, he was different—the first of his kind. He changed Gospel music by bringing in a contemporary sound and took it to another level. His music has a lot of bass. It’s not traditional, and he was ridiculed by the church, including Black churches.

“I said to him, ‘People have problems with you and your music. They say it’s too radical, it’s not Jesus.’ He said, ‘That’s not my issue. That’s their problem. I’m doing what God told me to do.’”

“Another memorable interview was with Dr. Maya Angelou. I can still remember the essence of her presence, her aura, and the wisdom in her voice That day, at the Zora Neale Hurston Festival in Eatonville, was life-transforming and magical.”

What would you like your white friends or acquaintances to be doing right now?

“I would like them to take a stand and to let their voices be heard, and use whatever clout they have to heal the division and hatred that is being propagated. Just because we are different parties doesn’t mean that we must hate each other.

“If someone speaks harsh words, don’t be a part of it and don’t be silent. With everything that’s happening in our country right now, it’s not OK for you to stay silent.

“We must do more to spread love, it’s the only way we’re going to survive.“

Listening to Black Voices is a series created by Heather Dunhill 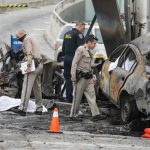 The big booty twerking video has an excellent 4k resolution and is about 5 minutes long. It contains never-before-seen footage of twerking. If you want […]

Lupe Fiasco Wishes Drill Rappers Were Lying: ’They Telling The Truth’ | HipHopDX Subscribe Subscribe To DX Newsletter Get the most important stories in Hip […]