SOUTHERN PINES, N.C. — Australian Minjee Lee won the 2022 U.S. Women’s Open at Pine Needles Lodge & Golf Club on Sunday by five strokes after shooting an even-par 71 in the final round to finish 13-under on the tournament and secure the second major victory of her career.

“I mean I’m speechless,” Lee said on the 18th green after raising the trophy. “It’s the one I’ve always wanted to win and now I’ve done it.”

Twenty-one years after her fellow Australian Karrie Webb won the U.S. Open at the same venue, Lee held on to her four-shot lead after three rounds and held off 32-year-old American Mina Harigae, who came into the week having never finished inside the top-10 of a major and finished second at 9-under.

On Saturday, Lee said she exchanged texts with Webb, whose caddie back in 2001 at Pine Needles was Jason Gilroyed. Gilroyed was also on the bag for Lee this weekend, but as Lee pointed out, the course has changed so much over the years that there wasn’t a natural advantage to having him along her side.

Distance proved to set up Lee for success at Pine Needles. During both Saturday and Sunday, Lee was constantly ahead of Harigae by 30, 40, even 50 yards or more. Lee said that the extra time she’s been “going hard” in the gym lately has helped her slowly increase her swing speed, which has resulted in longer drives.

“Obviously if you have a shorter club in, then you can be a bit more aggressive,” Lee said Saturday, effectively summing up her 67 on Day 3 and preempting what was a similar story Sunday. “But it doesn’t matter how far I can hit it because the second shot is what matters.”

While she wasn’t the most accurate in the field off the tee Sunday, Lee’s consistent length allowed her to gain strokes with her approach shots. She ranked in the top-five in greens in regulation on the tournament and was top-10 in strokes gained on approach, around the green and putting. After 72 holes, Lee left no doubt that she was the best player in the field.

The 26-year-old Lee won her first major last July at the Evian Championship in France by erasing a seven-stroke deficit and beating South Korean Jeongeun Lee6 in the first hole of a sudden-death playoff. Lee also has two third-place finishes at majors in her career — at the British Open in 2020 and at the ANA Inspiration in 2017. Her best U.S. Open finish before this tournament was tying for 11th in 2017.

Later this month at the Women’s PGA Championship at Congressional Country Club in Washington D.C., Lee will try to become the first player to win back-to-back majors since Inbee Park won the first three majors of 2013. 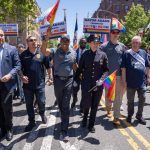 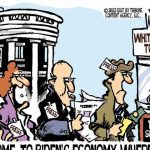 Utah Jazz wanted a big return for trading All-Star Rudy Gobert, and they got it

The Minnesota Timberwolves had been interested in trading for Rudy Gobert for some weeks now, league sources tell The Athletic. They had come to the […]

Friday night brought severe weather that turned deadly in parts of the country, including a dust storm that led to a massive pileup on a Montana […]