Lee, who is from Australia, took a three-shot lead into the final round over Harigae, having broken a 23-year-old record with her 54-hole score of 200 after shooting a 67 on Saturday.

The tournament took place at Pine Needles Golf Club in Southern Pines, North Carolina — the fourth time the venue has hosted the event.

The 26-year-old got her final round off to an ideal start with a comfortable birdie on the first hole, followed by another on the second as she drained a 30-foot putt.

Lee wobbled slightly on holes five and seven as she made bogeys, but recovered her composure to follow those errors with four pars and a birdie.

After 12 holes, the world’s fourth ranked golfer was six shots clear of the field and from there cruised towards the Harton S. Semple Trophy.

The win represents the eighth LPGA Tour victory of Lee’s career, and her second major, after she won the Evian Championship in 2021. Lee received $1.8 million for her victory, the largest prize in women’s golf history, the LPGA tweeted Sunday.

“This one hits hard. Tears in my eyes,” he tweeted. “So so proud. Just a kid from Perth. Two major wins to her name now.” 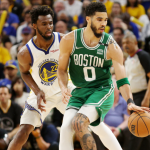 San Francisco Giants manager Gabe Kapler published an essay Friday in which he criticized the state of the country after the shooting at Robb Elementary in Uvalde, […]

Pelosi’s trip — the first by a sitting US speaker in 25 years — had been foreshadowed for days. As the California Democrat departed the […]