The man found dead inside a white cargo van after a standoff with police in Torrance, California, has been confirmed as the person suspected of carrying out a mass shooting in Monterey Park Saturday night, according to police.

SWAT officers had been in an hours-long standoff at the scene of the white cargo van, which fit the description of a vehicle of interest from the Monterey Park shooting.

As authorities ordered the occupant to leave the van, they heard a sound and believed the driver may have shot himself, law enforcement sources told CNN earlier.

Investigators searched the van after Tran fatally shot himself and discovered “several pieces of evidence” linking Tran to the Monterey Park shooting and another incident in nearby Alhambra, where a group of people had wrestled a gun away from an armed man at a dance studio, Luna said.

A handgun was also discovered inside the van, he said.

Police and investigators are now working to determine the motive behind the shooting, according to Luna.

• Huu Can Tran, 72, is believed to be the suspect behind the Monterey Park shooting, according to Luna, who said there are “no outstanding suspects” linked to the massacre.

• A group of people wrestled a gun away from man described as an Asian male at a dance studio in the nearby city of Alhambra shortly after the Monterey Park mass shooting, Luna said. Multiple pieces of evidence found in the van linked the shooter to both the Alhambra and Monterey Park incidents.

• It’s still too soon to rule out hate crime as a possible motive, the sheriff said Sunday. “Everything’s on the table.”

• Officers responded to a dance studio around 10:22 p.m. Saturday and found people “pouring out of the location, screaming,” said Capt. Andrew Meyer of the Los Angeles County Sheriff’s Department.

• The massacre took place in the Star Ballroom Dance Studio, according to a CNN analysis.

• The 10 slain victims were pronounced dead at the scene, Meyer said. “There were at least 10 other victims who were transported to numerous local hospitals and are listed in various conditions from stable to critical,” Meyer said.

• The coroner’s office is still in the process of identifying the 10 victims, Luna said, but the sheriff described them as likely being in their 50s, 60s or older.

Officers were at the dance studio in Monterey Park “less than three minutes” after the first call was made Saturday night, Monterey Park Police Chief Scott Wiese said.

They arrived to a scene of “chaos” as people tried to flee and others lay wounded, Wiese said. “They came across a scene that none of them had been prepared for,” the chief added.

The gun wrestled away from the man in Alhambra was a Cobray M11 9mm semi-automatic weapon according to a law enforcement official. This firearm is designed to take 30-round magazines that allow for rapid fire without having to frequently change magazines.

In response to a reporter’s question, Luna said, “I believe the weapon that was recovered at the Alhambra location is not legal to have here in the State of California.”

Luna said the community members who disarmed the suspect “saved lives,” calling them “heroes.” “This could’ve been much worse,” he said.

The carnage unfolded near Monterey Park’s Lunar New Year festival, which was scheduled to take place until 9 p.m. on Garvey Avenue between Garfield and Alhambra avenues.

About 65% of Monterey Park’s residents are of Asian descent, according to the US Census Bureau.

While it’s too early to say whether the massacre was a hate crime, the impact has already been felt among one of the largest Asian American and Pacific Islander communities in the US, the mayor of nearby Alhambra said.

“Monterey Park is home to one of the largest #AAPI communities in the country. This is a time when residents should be celebrating with family, friends and loved ones – not fearing gun violence.”

Monterey Park, about 7 miles east of downtown Los Angeles, has been known to host Lunar New Year events drawing more than 100,000 people from across Southern California, according to the city.

It’s not clear how many people were still gathered in the area when shots were fired.

“Monterey Park should have had a night of joyful celebration of the Lunar New Year. Instead, they were the victims of a horrific and heartless act of gun violence,” Gov. Gavin Newsom tweeted.

“Out of an abundance of caution and reverence for the victims, we are canceling the event that’s going to happen later today,” Wiese said.

The massacre in Monterey Park marks at least the 33rd mass shooting in the US so far this month, according to the Gun Violence Archive. Both the non-profit and CNN define a mass shooting as one in which four or more people are shot, excluding the shooter.

“California has some of the strictest gun laws in the country, but yet look what we just had today,” Luna said Sunday. ” I can tell you this, the status quo is not working. So we need to reexamine what we’re doing and what may work better. And I hope that this tragedy doesn’t just go on a long list of many others that we don’t even talk about until the next one comes up.”

The man suspected of opening fire at Star Ballroom Dance Studio had once been a regular patron at the venue, his ex-wife and a long-time acquaintance both told CNN.

Tran’s former wife, who asked not to be named due to the sensitivity of the case, said she had met Tran about two decades ago at Star Ballroom, a popular community gathering place where he gave informal lessons. Tran saw her at a dance, introduced himself and offered her free lessons, she said. The two married soon after, she said.

While Tran was never violent to her, she said he could be quick to anger. For example, she said, if she missed a step dancing he would become upset because he felt it made him look bad. Tran filed for divorce in late 2005, and a judge approved the divorce the following year, Los Angeles court records show.

It was unclear how frequently Tran visited the dance hall, if at all, in recent years.

Another long-time acquaintance of Tran’s also remembered him as a frequent presence at the dance studio. The friend, who also asked not to be named, was close to Tran in the late 2000s and early 2010s, when he said Tran would make the roughly five minute drive from his home in San Gabriel to Star Ballroom Dance Studio “almost every night.”

Tran often complained at the time that the instructors at the dance hall didn’t like him and said “evil things about him,” the friend remembered, adding Tran was “hostile to a lot of people there.”

In 2013, Tran sold his San Gabriel home, which he had owned for more than two decades, property records show.

The friend said he hadn’t seen Tran in several years, and was “totally shocked” when he heard about the shooting.

“I know lots of people, and if they go to Star studio, they frequent there,” he said, adding he was “worried maybe I know some of” the shooting victims. 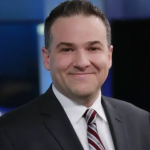 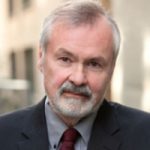 “[I]t appears that it is not possible to unequivocally determine the source of the gunfire which hit and killed Ms. Abu Akleh. However, there is […]

But the storm’s impacts have already been felt: At least one death has already been reported in Basse-Terre in the French territory of Guadeloupe, according […]

Uvalde funeral attendant who encountered gunman says he tried to go after shooter, was held back

UVALDE, Texas — Cody Briseno, a funeral attendant who works across the street from the site of the state’s deadliest school shooting, was one of […]

Nikolas Cruz: What’s next for the Parkland shooter now

CNN  —  Here’s what we know: Nikolas Cruz, the now 24-year-old who admitted to killing 17 people in Florida’s Marjory Stoneman Douglas High School in […]