NaaS Technology Inc. Announces Completion of Merger and New Board and Management

BEIJING, June 10, 2022 /PRNewswire/ — NaaS Technology Inc. (NASDAQ: NAAS) (the “Company”), one of the largest and fastest-growing electric vehicle charging service providers in China, today announced the successful completion of the transaction previously announced on February 8, 2022 between RISE Education Cayman Ltd (“RISE”), the Company’s predecessor, and Dada Auto Inc. (“NaaS”) (the “Transaction”). As announced on April 29, 2022, the Transaction and certain additional Transaction-related proposals were approved by RISE’s shareholders at an extraordinary general meeting held on April 29, 2022 (the “EGM”). The Company, with its name changed to “NaaS Technology Inc.,” continues to be listed on Nasdaq with its new ticker “NAAS.”

Pursuant to the Agreement and Plan of Merger, dated February 8, 2022, by and between RISE, NaaS and other parties thereto (the “Merger Agreement”), at the closing of the Transaction (the “Closing”), the then shareholders of NaaS exchanged all of the issued and outstanding share capital of NaaS for newly issued shares of the Company on the terms and conditions set forth in the Merger Agreement. As a result of the Transaction, NaaS has become a wholly-owned subsidiary of the Company. Immediately prior to the Closing, the Second Amended and Restated Memorandum and Articles of Association of the Company, as approved at the EGM, became effective. Immediately after the Closing, the Company had 2,141,595,809 ordinary shares issued and outstanding, divided into three classes.

New Board and Management

The Company’s board of directors (the “Board”) and management currently consist of the following members, effective immediately prior to the Closing in accordance with the Merger Agreement:

NaaS Technology Inc. (the “Company”) is one of the largest and fastest growing electric vehicle (“EV”) charging service providers in China. The Company’s vision is to power the world with carbon neutral energy. The Company’s EV charging services began in 2019, and the Company has established and maintains the largest EV charging network in China in terms of the charging volume transacted through its charging network for third-party charging station operators, and the number of public DCFCs (meaning direct current fast charger with 30kW power output or more) connected to its network, according to China Insights Industry Consultancy Limited, an independent research firm. 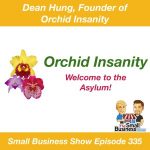 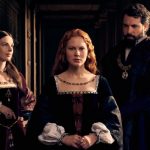 Earlier this year, Locomation announced that it expects to be the first company to deploy autonomous trucking technology safely, legally and routinely in commercial long-haul […]

The world is in need of serious agricultural innovations. The list of problems is long.  It includes the COVID-19 pandemic, political instability, inflation, rising food […]