Seven Navy sailors assigned to the USS George Washington have died by suicide during the time the aircraft carrier has been undergoing a yearslong overhaul in Newport News, Virginia, the Navy said Thursday.

The Navy acknowledged Thursday that in addition to the four suicides in the past year that CBS News has reported, three more sailors assigned to the carrier died by suicide in 2019 and 2020.

The three suicides from 2019 and 2020 occurred while the USS George Washington was under the command of Capt. Kenneth Strong. According to the Navy, Strong left the ship three months ahead of schedule because of “individual incidents of poor judgment and leadership acumen.” Despite his early departure, Strong was awarded a Legion of Merit for, among other things, winning a score of 98% on the 2019 Safety and Occupational Health Management Evaluation.

The living and working conditions on the carrier present challenges for the sailors. While it’s in the shipyard, the George Washington is essentially a construction zone, where it can be cramped, hot and loud for the crew on board.

One of the ship’s crew told CBS News that “it feels like Big Navy has left us out to dry. Nobody cares.”

After reports that three sailors had died by suicide in a single week in April, the Navy opened an investigation last week into their deaths. It’s examining whether living conditions on the carrier played a role in the suicides and whether the ship’s commanders did everything they could to make the conditions as acceptable as possible.

The USS George Washington’s overhaul is behind schedule — the COVID-19 pandemic and the need for unexpected repairs have kept the carrier in the shipyard for nearly a year longer than expected. The carrier has been docked at Newport News Shipbuilding for a major overhaul since 2017.

The Navy’s top enlisted leader, Master Chief Petty Officer of the Navy Russell Smith, visited the carrier last week and took questions from the sailors. In response to a question about living conditions on the ship, Smith said, “I think we probably could have done better to manage your expectations coming in here,” according to audio and a transcript of the visit to the carrier.

“What you’re not doing is sleeping in a foxhole like a marine might be doing. What you are doing is going home at night, most nights,” Smith said, adding, “The downside is some of the shit that you have to go through logistically will drive you crazy.”

The USS George Washington is not the first carrier to experience a rash of suicides while going through a major overhaul. In September 2019, three sailors assigned to the USS George HW Bush died by suicide within one week as the ship was going through a restoration in Virginia.

The Pentagon in March launched the Suicide Prevention and Response Independent Review Committee to review prevention activities. Pentagon spokesman John Kirby said earlier this month that the committee will look into conditions across the force including for those on ships.

For immediate help if you are in a crisis, call the toll-free National Suicide Prevention Lifeline at 1-800-273-TALK (8255), available 24 hours a day, seven days a week. All calls are confidential. 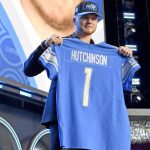 Previous Article 2022 NFL Draft: No quarterbacks among top 10 selections for first time since 2013

The Seminole Tribe cleans up at ‘Emmys of politics’

The Tribe’s Florida operation took home first place nationally in a litany of categories at the Reed Awards. As some Florida heavyweights such as Disney […]

You’ve probably wondered what are the branches of the US government. Here’s a quick overview: the executive branch, the judicial branch, and Congress. You might […]