With the 2022 NBA Finals tied 2-2 headed back to San Francisco for Game 5 on Monday, it’s a good time to check in on the always fun Finals MVP race. If the Golden State Warriors win, Stephen Curry’s a lock. As we’ll discuss, he’s got a strong case, so far, to win the award even should the Warriors lose the series. On the Boston Celtics’ side, it’s a tight call right now between Jayson Tatum and Jaylen Brown.

After that, I’m not going to bother with consideration for anyone else. One of these three guys is going to win Finals MVP. Through four games, here’s how I see the rankings breaking down.

Curry is the favorite because Golden State, on paper at least, is in better position to win the championship as things currently stand, having taken back home-court advantage in what has become a three-game series.

Should the Warriors fall short, there is precedent for a player from the losing team winning Finals MVP. Jerry West received the honor in 1969 when his Lakers lost in seven games to the Celtics. In more recent times, if ever a player from a losing team was going to win Finals MVP, it would’ve, and probably should’ve been LeBron James in 2015, when he averaged 35.8 points, 13.3 rebounds and 8.8 assists in Cleveland’s loss to Golden State.

We know who actually won Finals MVP in that 2015 series: Andre Iguodala. It remains hotly debated, with Iguodala himself recently saying he deserved the award over Stephen Curry, who, despite having some tough games by his standards, averaged 26-6-5 and created so much of the space in which Iguodala, and others, thrived.

This year, Curry, whose lack of a Finals MVP on an otherwise Mt. Rushmore worthy resume has been hot-taked to death, is leaving zero doubt. Again, if the Warriors win this series, he’s got the hardware in bag. Nobody else has a chance. The question is: Should Curry win the award even if the Warriors lose the series?

Understand, there’s a long way to go. If Curry lays an egg or two over the final stretch of this series, he’s not going to win. He will have to continue on his current torrid pace through the end. That’s how it should be. For a losing player to win MVP, the gap has to be so wide that it’s overwhelming.

So far, that’s been the case. Nobody in this series has been anywhere near as great as Curry, who is currently averaging 34.3 points, 6.8 rebounds, 3.4 assists and two steals on 50 percent shooting. Dude is shooting 49 percent from 3 on a tick over 12 attempts per game. If continued, these numbers would land him in the most select of historic company.

With 25 made triples so far, Curry is the first player in history to make at least five 3s in four straight Finals games. After his 43-point masterpiece in Game 4, he’s also one of three point guards to ever put up a 40-point/10-rebound Finals line, joining Magic Johnson and the aforementioned West.

Considering the all-time defense he’s facing, and the lack of help he’s receiving from his own team, what Curry is doing right now is superhuman. The Celtics are a better team than the Warriors. They’re bigger, stronger, faster. They have a better defense. They have two elite scorers to Golden State’s one. None of their lineups have to compromise offense for defense, or vice versa, while Golden State, one way or another, is patching up at least one glaring hole during every second of this series.

Draymond Green is borderline unplayable right now. Klay Thompson is shooting 35 percent. If you’re still seeing this Warriors team through the lens of what it used to be, get your eyes checked. This is not the old Warriors. It is, however, the same-old Curry, who is literally the only card Golden State has to play. And so far, he’s almost single-handedly keeping them in the hand.

It’s exactly what James did in 2015 without Kyrie Irving and Kevin Love. LeBron had that Cavaliers team that was starting Mathew Dellavedova, Timofey Mozgov, Iman Shumpert and Tristan Thompson up 2-1 on a 67-win Warriors team. He wasn’t as efficient as Curry has been this series. Not even close. But he was the best player in that series by a mile, and he didn’t win the award. Some people would argue if LeBron didn’t get it then, Curry can’t get it now.

I’m not sure if I’m one of those people. My instinct is I feel sort of strange about a player from the losing team winning Finals MVP, even though I usually despise arguments that lean on the old, rickety leg of traditionalism. I don’t know why. It just feels weird. But had LeBron won in 2015, I think I would feel fine about it. West’s precedent was set a decade before I was born. I can’t weigh in on that discussion with any level of intelligence.

For me, LeBron should’ve been the one to set the modern precedent in 2015. But my colleague Sam Quinn challenged me in our chat room to answer a simple question: Why should one wrong inform another? As Sam asserted, it’s akin to the argument that a baseball player can’t be unanimously voted into the Hall of Fame because Babe Ruth or Willie Mays or Mickey Mantle wasn’t.

So they got those ones wrong. Obviously. Why do we have to keep getting these things wrong? Baseball voters finally broke their dumb code when Mariano Rivera got 100 percent of the vote in 2019.

People said the same thing about Curry winning the 2015-16 regular-season MVP by unanimous vote. How can that happen when Michael Freaking Jordan never won unanimously? Again, two wrongs don’t make a right. There was no justifiable choice to win the 2015-16 MVP other than Curry. They got that right.

So again, if he continues on this current pace, and the Warriors lose the series, Curry will certainly have a case to win his first Finals MVP. Will he? I don’t know. Tradition is hard to break. And again, for me personally, I don’t know exactly how I would feel about it. It doesn’t matter how I feel, of course. It only matters how the voters feel. I know this: If all the Boston players are standing up there in their championship hats and shirts, and they announce Curry as the MVP, it will set off one hell of a Twitter firestorm.

Again, if Boston wins the series and Curry doesn’t break modern precedent, it’s a razor-thin margin between Tatum and Brown right now. Almost impossibly, they’re both averaging exactly 22.3 points and 7.0 assists so far in the series. Brown’s scoring has been far more efficient than Tatum’s, but I still lean Tatum because of the playmaking. His 7.8 assists per game are double Brown’s output.

All told, entering Game 4 Tatum was responsible for 45 percent of Boston’s offense via either his scoring or assisting. Tatum is the one getting defended like the superstar, and Brown, if we’re splitting hairs, is benefitting from the secondary creation opportunities that are provided by Tatum’s gravity. Tatum’s finishing issues near the rim are popping up again, but he’s hitting 45 percent of his 3s in this series.

To me, Brown has felt like the best player for Boston so far, in some ways the same as Iguodala felt like the best player for Golden State in 2015. You have to really factor in the burden of the superstar — with Tatum being the Curry of 2015 — to let the inefficiency slide and truly appreciate the overall impact of the guy driving the bus, as Charles Barkley likes to say.

But Brown has been great. No question. His playmaking, though not of the level of Tatum’s, has been significant, and it’s not like he isn’t creating plenty of his own offense. He notably beat Draymond Green on multiple occasions for one-on-one buckets in Game 4. Both Brown and Tatum are playing their typically terrific defense.

This is the race that’s far from over. Again, if Golden State wins, Curry is a lock. For Boston, these next two or three games are going to decide the MVP debate between Tatum and Brown. If the Celtics have it their way, it’ll still be a hard call a week from now because Tatum and Brown will have both played great down the stretch of this series in leading Boston to the trophy it really cares about. 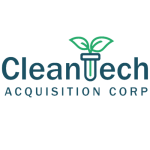 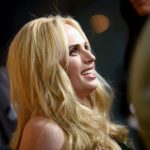 As NFL players head into their summer break, with several weeks of rest to come ahead of training camp, teams are desperately hoping they’ve made […]

Getty Images The Golden State Warriors will be getting a key contributor back for the NBA Finals, and possibly for Game 1. Defensive stalwart Gary […]

USATSI Boxing continues to deliver some massive moments and fights in 2022. After a strong start to the year, things have dramatically picked up over […]