Although the 2022 NBA Finals just started, it’s never too early to start thinking about what’s ahead for the league. The start date for the regular season hasn’t been announced yet, but there are still some key dates for the offseason as well as the 2022-23 season that are beneficial to keep an eye on with the current season coming to a close. Free agency dates also have yet to be officially announced, but we do know the date for the NBA Draft, when Summer League will take place in Las Vegas and which weekend the 2023 NBA All-Star Game in Salt Lake City will be held.

Though the start date for free agency hasn’t been officially announced yet by the league, expect it to start at the end of the June (likely June 30). Here are some other key dates to mark on your calendar in preparation for next season.

Dates for training camp and the start of the regular season are unknown, but training camp typically starts mid-to-late September, with the regular season beginning a couple weeks after that in October. This will be the first typical offseason for most players in the league since the pandemic started, after having shortened time off last summer due to the Tokyo Olympics, and prior to that in the summer of 2020 games were still being played in the Orlando bubble. Surely it will be a welcomed return to normalcy for the league and its players as teams prepare for the 2022-23 season. 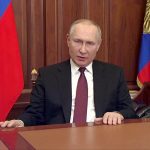 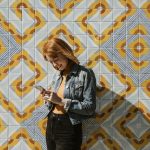 Jimmy Garoppolo’s shoulder recovery remains on schedule, could start throwing in next few weeks, per report

San Francisco 49ers quarterback Jimmy Garoppolo underwent surgery this offseason to address a “capsule issue” in the back of his shoulder and according to ESPN, […]

Getty Images The Tampa Bay Buccaneers got some good news on Friday, as wide receiver Chris Godwin returned to practice for the first time since […]

Mike Tomlin on why he isn’t worried about Kenny Pickett’s hand size, says he expects a ‘fierce’ QB battle

Kenny Pickett’s hand size was a hot-button topic ahead of the 2022 NFL Draft. Fortunately for Pickett, his hand size didn’t prevent him from being […]

Getty Images The Cleveland Browns have called FirstEnergy Stadium home for 23 years, but they may only play there for a few more seasons. Per […]