LINCOLN — Two out of three of Nebraska’s statewide petitions are on track to get enough signatures to make it on the November ballot, but for one petition, it’s going to come down to the wire.

An official with Citizens for Voter ID said the group is on track to meet its signature-gathering goal by the July 7 deadline, though the campaign declined to reveal how many signatures it has gathered. Meanwhile, Raise the Wage Nebraska reported Friday that it had cleared its goal. But Nebraskans for Medical Marijuana still has a sizable gap to close, according to representatives with the campaign.

Petitions for initiatives that would change state law have to collect valid signatures from 7% of registered voters. There’s a 10% threshold for those that would change the state constitution, which the voter ID effort would do.

Based on the most recent voter registration numbers, that would equate to roughly 87,000 signatures per petition for the minimum wage and medical marijuana efforts and 124,000 for the voter ID petition.

Crista Eggers, campaign manager for the medical marijuana group, said each of the campaign’s two petitions had about 67,000 signatures as of Friday morning.

“We have not reached the threshold we need, we are not working on overage, and without tens of thousands of Nebraskans signing this weekend we may not be able to submit our signatures to the Nebraska Secretary of State on July 7th,” Eggers said in a press release.

The first petition would require the Legislature to enact new statutes protecting doctors who recommend medical cannabis and patients who use it from criminal penalty. The second would require lawmakers to pass a bill protecting private entities that produce and supply cannabis for medical purposes.

State Sen. Adam Morfeld of Lincoln, a co-sponsor of the campaign, said he expects the campaign to continue gathering signatures up until the July 7 deadline.

“It will be a race to the finish line and down to the wire,” Morfeld said.

The medical marijuana group is working with significantly fewer resources than it had hoped. A string of tragedies earlier this year left the campaign without two major donors. Since then, Morfeld said, the group has switched to primarily fundraising through small donations.

Reports filed with the Nebraska Accountability and Disclosure Commission show the medical marijuana campaign had received nearly $208,000 in cash contributions as of late June. It had a cash balance of just under $75,000.

That is far below what a similar campaign to legalize medical marijuana raised in 2020, when the group reported about $2.5 million in overall contributions and gathered more than 182,000 signatures. Though it surpassed the signature requirement, the ballot initiative was disqualified by the State Supreme Court for containing more than one subject. That led the campaign to return again, this time with two petitions.

The campaign did not record any significant expenditures between late May and late June, according to a disclosure report. It reported over 20 expenditures to individuals during the reporting period, none more than $2,600 per person, for signature gathering.

Eggers said she “can’t think of a greater tragedy” than if the campaign fails because it couldn’t gather enough signatures in time to meet the deadline. Typically ballot initiative campaigns aren’t as transparent about how many signatures they’ve gathered, she said, but the campaign wants people to understand the urgency of the situation.

“It truly is in Nebraska’s hands,” Eggers said.

Citizens for Voter ID, which supports amending the state constitution to require valid photo identification before voters cast their ballot, is on track to meet its signature requirement by deadline, according to Sen. Julie Slama of Dunbar, the initiative’s sponsor. She said she isn’t sure if the campaign will submit its signatures on or before July 7.

The campaign has received more than $2 million, most of it coming from Gov. Pete Ricketts’ mother, Marlene Ricketts. Last year, she donated $376,000 to the campaign, and in early June she donated an additional $1.5 million, according to disclosure reports.

The campaign also recently received a total of $200,000 in two donations from Thomas Peed and his Lincoln publishing company Sandhills Global.

The voter ID group paid more than $486,000 to Vanguard Field Strategies, a GOP firm based in Austin, Texas, on June 15 for signature collecting.

Vanguard also was reportedly used by a Republican candidate for governor in Michigan who was disqualified from the primary ballot because the state’s election bureau found that thousands of his signatures were fraudulent. That candidate, James Craig, has since filed suit against a subcontractor and 18 circulators suspected of forging signatures, according to reporting by the Detroit News. Craig said he believes the forgeries were performed by subcontractors that were several times removed from Vanguard, the news outlet reported.

The Nebraska voter ID campaign’s signature-gathering strategies have been questioned in recent weeks, with complaints surfacing that petitioners have falsely claimed to be state employees, and later that petitioners were being misleading about the initiative’s intent.

Slama has characterized the complaints as part of a “Democrat-led hit job” meant to undermine the initiative and keep it off the ballot.

The initial complaint, lodged by Sen. Carol Blood, the Democratic candidate for governor, was sent to the Nebraska Attorney General’s Office for further investigation. Slama said she had not received any updates on the investigation as of Friday morning.

Raise the Wage Nebraska, which would gradually raise Nebraska’s minimum wage to $15 per hour by 2026, had collected more than 130,000 signatures as of Friday, according to a press release. Campaign manager Kate Wolfe told the Lincoln Journal Star that the petition will continue to circulate up until the deadline.

“We’re not done collecting signatures,” Wolfe told the Journal Star. “I think it’s important for as many citizens who want to weigh in to get a chance to sign the petition, so we’re still going to be out there.”

Reports filed with NADC show that the drive had raised nearly $1.2 million as of late May. Its cash balance was just under $524,000.

The largest donations, which include cash and in-kind contributions, have come from: the Sixteen Thirty Fund ($634,490), a national organization supporting progressive causes; the Fairness Project ($251,020), a national group that supported previous Nebraska petition drives to expand Medicaid and limit the interest charged on payday loans; and Nebraska Appleseed ($300,580), a Nebraska organization that advocates on issues related to poverty.

Highest-paying jobs in Omaha that require a bachelor’s degree

Highest-paying jobs in Omaha that require a bachelor’s degree

#44. Geoscientists, except hydrologists and geographers

#38. Architects, except landscape and naval 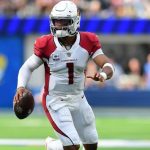 Police blocked protesters marching towards the headquarters of the electoral board whose chief President Kais Saied recently replaced. Clashes have erupted between Tunisian police and […]

“DHS got very spooked after the failed rollout of the Disinformation Governance Board, even though the message [from administration officials] was clear that we can’t […]

Buckle Up: Ugly Politics Ahead

[Editor’s note: Watch Not My Party every week on Snapchat.] Tim Miller: I’m sorry, but the blissful Biden era of tuning out politics is coming to an […]

Photo by Samuel Corum/Getty Images WASHINGTON DC – I am 32 years old. This means that I have legally been allowed to vote for 14 years. […]