“I think it’s important to highlight … our commitment to protecting the quality of life for our residents and our businesses, from ensuring kids can learn in their classrooms without any distraction, to providing peace for patients receiving health care, to folks trying to sleep through the night,” Stoney said at a news conference Tuesday. “All of these individuals deserve care and attention.”

While the mayor said that officials have been working on the legislation for several months, he and other city officials said they are proposing to include special provisions for schools and health care facilities, including abortion clinics that they said have been the target of recent harassment.

“This is absolutely an issue,” said 2nd District Councilwoman Katherine Jordan. “It’s been a real issue of harassment around our clinics in the city, to the point where I got constituent complaints repeatedly from neighbors blocks away from the clinic about really abhorrent amplified harassment.”

Noting his full-time job as the pastor of a church with two locations in the area, Jones said he is concerned that his church’s pro-choice stance on abortion could make it a target for protest. “I would encourage the surrounding localities to join in with the mayor, join in with the city of Richmond, and the past similar ordinances,” he said. “I should not be harassed because I believe my daughter, my wife, my children should have the right.”

Stoney said one of the major elements of the legislation is changing how the city penalizes people who violate the noise ordinance. “The state of our current ordinance has made it difficult for police officers and the courts to enforce that ordinance,” he said.

As it currently stands, a first offense of the city’s current noise ordinance constitutes a criminal misdemeanor that can result in a fine of up to $250. Subsequent violations within any 12-month period would rise to more severe misdemeanors that could carry penalties of up to $1,000 and six months in jail.

When asked whether the new legislation might infringe on the constitutional right to protest, Stoney said that is not the intent of the legislation, which is expected to come before the City Council for a vote later this summer.

“We believe in your right to protest, your right to demonstrate,” he said. “You can still protest, but there’s no reason for someone to have a microphone blaring out, calling anyone names or disparaging anyone. That is unnecessary. We don’t want to see it in the city of Richmond.”

From the Archives: The construction of the Richmond Convention Center

Previous Article Is it the answer to digital 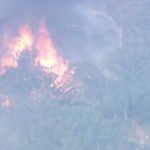 Next Article Rices Fire in Nevada County prompts nearby evacuations

KALAMA — In hopes a regional police training academy comes to Southwest Washington, the Kalama City Council on Thursday signed off on a letter to lawmakers […]

Standing in front of thousands of loyal supporters at his re-election campaign launch last month, Brazilian president Jair Bolsonaro took the microphone and singled out […]

JEFFERSON CITY — Gov. Mike Parson brought an end to months of legislative acrimony Wednesday by signing off on a new congressional map for the […]