NFL 2022 rookie quarterbacks: Best- and worst-case scenarios for Kenny Pickett and others in Year 1

What’s the worst that could happen? A fair question to ask yourself when a rookie quarterback is thrust onto an NFL field maybe a little too early. There’s a legitimate chance none of the 2022 first-year passers take the field in Week 1 and sound arguments that none should.

But NFL coaches are people just like the rest of us, and society today is too fond of waiting to get their young quarterbacks into a regular-season game. And as we’ve seen with the likes of Justin Herbert and Joe Burrow, sometimes rookie passers can experience a best-case scenario in Year 1.

In this article, I’ve gone deep and gotten very specific in my determination of the best- and worst-case scenarios for the 2022 rookie quarterbacks. As you’ll see below, the figures were based upon these quarterbacks actually getting a chance to play considerable snaps in their first seasons — which of course isn’t a guarantee. But for the sake of the article, we’re going to assume the quarterbacks included all get a sizable opportunity. From there, I of course took liberties with how much above or below the averages I feel each quarterback could land in a best- and worst-case scenario.

I decided not to include Patriots rookie Bailey Zappe, as I view his chances of playing exceptionally slim barring an injury to Mac Jones. The same goes for Sam Howell of the Commanders, Chris Oladokun of the Steelers, Miami’s Skylar Thompson, or 49ers’ Mr. Irrelevant Brock Purdy for the same reason on their respective teams.

To begin, I found parameters of expectations for these first-year passers. Over the past five seasons, 22 quarterbacks who threw at least 200 passes as a rookie. Now, in theory, using a larger sample size would be conducting this study by the book.

However, NFL studies are not like most other studies in that a larger sample size can actually be counterproductive because of how swiftly the game changes for everyone on the field, most notably the quarterbacks. Including passers from even before, say, 2015 feels too outdated to be predictive whatsoever.

For context on the averages, the 60.7% completion was almost identical to Baker Mayfield’s last year. The 6.79 yards-per-attempt figure was comparable to Daniel Jones in 2021. Jared Goff had a 3.8 TD rate, Trevor Lawrence had a 2.8% interception rate, the collective’s 81.9 rating would’ve been smack dab between Mayfield and Jacoby Brissett from a season ago and the 7.56 sack rate was comparable to Russell Wilson’s during his final year with the Seahawks.

I picked Watson as the “high-mark” quarterback because he had the highest yards-per-attempt average, TD%, and quarterback rating. However, it’s important to remember that Watson was limited to seven games as a rookie due to injury. Rosen represented the majority of the lowest rates and ratings among the quarterbacks included in this project, easily making him the “low mark.”

Now that you have genuine, stat-based expectations to refer to, let’s get to best- and worst-case scenarios for 2022 rookie passers.

These predictions are based on 450 pass attempts, which is relatively low, but I felt it necessary to factor that Pickett may not start Week 1, the Steelers have old-school workhorse Najee Harris in their backfield, and the Steelers giving off a strong “we want to win games 17-14” vibe. At 450 pass attempts over 17 games — which, again, isn’t a given for Pickett as a rookie — would equate to an average of around 26 tosses per game, which isn’t significantly low and just four pass attempts per game lower than Jones’ average in 2021.

That 7.4 yards-per-attempt average would narrowly eclipse Jones and Herbert in their respective rookie seasons.

Pittsburgh’s offensive line is marred with uncertainty, but it’s not crazy to believe it will be a much-improved unit from 2021’s atrocity given the experienced Dan Moore and Kendrick Green got last season and the acquisition of James Daniels on the interior. The skill-position group is sneaky good — not amazing — so Pickett will be supported well at the receiver and tight end spots, which of course is integral for any young quarterback.

Based on 455 pass attempts, and would come from Ridder averaging 35 pass attempts per game over 13 contests. Those figures are simply predictions, not spit out from an advanced formula or model of any kind.

The thought process with those figures centers around two main ideas — Arthur Smith, now in Year 2 with the Falcons, has already grown tired with Marcus Mariota once, it won’t be a challenge for him to do it again if the veteran begins the season poorly. Secondly, the Falcons are still a few years away altogether but particularly on defense. In a perfect world, Atlanta wouldn’t ask their young quarterback to throw it 35 times per game on average. In-game deficits will create many situations for Ridder to drop back to pass.

Ridder takes quality care of the football, and while playing from behind is a recipe for a higher interception rate for any quarterback, the former Cincinnati star should hover on the lower side of that stat category.

Baked into Willis’ best-case scenario is ironically somewhat of a worst-case scenario for the Titans in which Ryan Tannehill begins to flame out, Derrick Henry isn’t robot defender-mashing Derrick Henry anymore, and the A.J. Brown-less offense sputters out of the gate. In this hypothetical, that would spark a Tannehill benching and an elevation to the starting gig for Willis just five weeks into his rookie season, much earlier than anyone in the Titans organization would prefer Willis to be taking meaningful snaps for the team.

However, it’s rare for first-year quarterbacks to have prolonged waiting periods on the sidelines, and Willis’ overall talent — particularly his arm — exceeds what Tannehill offers in what will be his age-34 season.

Each scenario was based on him playing 12 games, while averaging 26 pass attempts per outing, as a rookie. For perspective on that pass-attempt figure, Tannehill averaged just over 31 per outing last year.

Willis can hit big plays, which when looking at his yards-per-attempt average, could offset some misses, although from a clean pocket, he had fantastic control of the football at Liberty. The sacks will happen at a higher rate initially, and as he works through reading and reacting to the complexities of NFL coverage, there’ll be interceptions. But don’t be shocked if Willis leans on his legs early in his career instead of putting the ball in harm’s way if he doesn’t like what he sees, thereby leading to fewer picks than most expect.

These scenarios are based upon Corral getting 10 starts during his rookie season. Initially, I was going to give him more, because I think Sam Darnold’s leash is incredibly short, but then I remember about the presence of Matt Rhule’s guy PJ Walker, a former Temple product who appeared in five contests last season.

While it’d probably make sense for Rhule to simply give Corral an opportunity if Darnold falters yet again, it’d be true to what’s become Rhule form if he trotted out a former college player of his over someone the team traded up for on Day 3 in April. At least for a few games.

I tabbed Corral’s pass-attempt-per-game average at 33, given that the Panthers are likely to be in many holes this season, thereby leading to must-throw situations. A nice cushy NFL debut for Corral would be against the Falcons in Week 8. In general, my predictions are lower for Corral’s than most of the quarterbacks in this project because I was lower on him as a prospect — mostly due to accuracy issues and the very simple RPO-based offense at Ole Miss — and that fact that no quarterbacks have been all that efficient during the Rhule era. Plus, Carolina’s skill-position group is nothing to write home about. 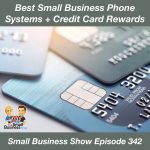 First and foremost, allow me to point out just how insanely difficult it is for any player to make it to the NFL. Fact is, […]

USATSI When Kevin Durant requested a trade from the Brooklyn Nets last week, it sent shockwaves around the NBA as every team began crunching the […]