After hoisting the Lombardi Trophy back in February, the Los Angeles Rams have spent the offseason largely taking care of some in-house business. They inked quarterback Matthew Stafford to a $160 million extension in March and just this week executed mega-contracts with both defensive tackle Aaron Donald and wideout Cooper Kupp. While that trio makes up the majority of L.A.’s Super Bowl-winning core, there is still another piece from that championship squad they have yet to retain: Odell Beckham Jr.

“I want him back. I want him to be a part of the Los Angeles Rams,” Kupp recently told The Spun. “We’ll have him come pursue a Super Bowl with us again. He was just such a great teammate, such a great person, incredible football player. I learned a ton from him. I want him to come back so bad, but that’s something that they’re working through.

“I’ll just keep asking him, keep asking him what it’s looking like. Hopefully one of these days he gives me the thumbs up that he’s got something and he’s coming back.”

The star pass-catcher remains a free agent and is still recovering from a torn ACL he suffered in the midst of that Super Bowl win over the Bengals. While Beckham is still floating out in the open market, there’s been plenty of flirtation between him and his former team, including the receiver recently crashing Sean McVay’s wedding. The head coach also admitted that he “would love to have Odell back,” while also noting he looked “great” on the dance floor.

With all that as background, the ball does seem to be in Beckham’s court if he wants to ultimately run it back with a Rams team that is looking to become the first club since the 2004 Patriots to successfully defend its title and repeat as champion. 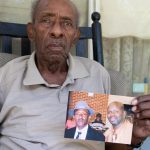 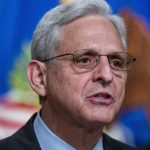 Over the past few weeks here at CBSSports.com, we’ve been putting out our annual top-10 ranking for each position group in the NFL.  From quarterbacks […]

Getty’s Brian Rothmuller The 2022 NFL Draft is complete, which only means that it is time to turn our attention to the next draft class. […]

Getty Images As if losing back-to-back games in blowout fashion wasn’t disheartening enough for the Chicago Bulls, the team will now face elimination against the […]

After the Los Angeles Rams won Super Bowl LVI against the Bengals in their home stadium, they wanted to keep the momentum going and made […]