The rematch between Anthony Joshua and Oleksandr Usyk is finally set. The two will meet on Aug. 20 in Jeddah, Saudi Arabia with Usyk’s unified heavyweight titles on the line.

Usyk, the former undisputed cruiserweight champion, moved to heavyweight in October 2019, beating Chazz Witherspoon and Derek Chisora before facing off with Joshua this past September. Despite entering the fight as an underdog, Usyk thoroughly outboxed Joshua over 12 rounds to take the fight by scores of 117-112, 116-112 and 115-113.

Joshua is a former Olympic gold medalist who tore through the pro ranks, winning two world titles while knocking out each of his first 20 pro opponents. In his 21st bout, Joshua beat Joseph Parker to win the WBO title, putting him in control of three of boxing’s four recognized world titles at heavyweight.

Then came a shocking upset knockout at the hands of Andy Ruiz Jr. Joshua would defeat Ruiz in the rematch to regain his titles — coincidentally, that rematch also took place in Saudi Arabia.

The winner of the clash could move on to pursue the WBC championship. That title is currently held by Tyson Fury, though Fury indicated his most recent win, a knockout of Dillian Whyte, would be his last fight as a professional boxer, leaving some mystery as to what would happen to the WBC title should Fury decide to actually hang up his gloves. 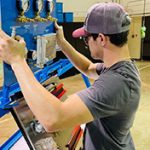 Next Article Last Call for 6.20.22 — A prime-time read of what’s going down in Florida politics

Getty Images EuroBasket 2022, the newest edition of the quadrennial tournament to determine the basketball champion of Europe, tipped off on Sept. 1 and runs […]

After a three-game losing streak to start last week, the Utah Jazz got things back on track over their last two games with wins against […]

Jeff Hardy charged with DUI, driving with a suspended license in Florida on Monday

A near career-ending concussion and a willingness to open up have led Sheamus to what many consider his best WWE run. Sheamus has already carved […]