LOS ANGELES (AP) — Olivia Rodrigo was one of the first winners at the MTV Movie & TV Awards on a night that could see “Spider-Man: No Way Home” snag some trophies, while also honoring the careers of Jennifer Lopez and Jack Black.

Rodrigo won best music documentary Sunday for her project “Olivia Rodrigo: driving home 2 u.” The 19-year-old Grammy winner spoke about the importance of creating the film, which involves a road trip, live performances and reflections on her debut album “Sour.”

“I made ‘driving home 2 u’ for the fans, especially those who couldn’t come to see me on tour,” said Rodrigo.

Billed as an “epic, global one-night event,” this year’s ceremony was held at the Barker Hangar in Santa Monica, California.

The awards kicked off with “Loki” star Sophia Di Martino winning breakthrough performance for her role as Sylvie on the Disney Plus television series. After the actor claimed her trophy, she talked about being 9 months pregnant when she was offered the role, and her baby being just 3 months old when she started filming.

“It’s been quite the journey, so this really means a lot to me,” she said. “Thank you to the audience. It’s all for you. Thank you for letting Sylvie into your imaginations.”

Daniel Radcliffe won best villain for his portrayal of a billionaire in the adventure comedy “The Lost City.”

“Spider-Man: No Way Home” could snag some trophies as the show’s leading nominee with seven. With almost $1.9 billion earned at the box office, the movie was the biggest film of the year and a fan favorite, although it was largely overlooked by the major awards shows.

MTV’s celebration of films and television is a lighter, breezier award show, hosted by Vanessa Hudgens.

To receive the Comic Genius honor, Black ran onstage and seemed almost out of breathe before giving his acceptance speech.

“I need a little blast of oxygen,” he said before rattling off several films he starred in, like “School of Rock” and “Jumanji.”

“Comedic genius. C’mon are you kidding? For what?” Black said. “I don’t deserve this, but I’ll take it.”

Lopez will be honored with this year’s Generation Award recipient, which celebrates actors whose diverse contributions in both film and television have turned them into household names.

HBO’s “Euphoria” has six nominations while “The Batman” has four. In all, 26 awards will be handed out in gender-neutral categories during the two-hour show.

This year the show has added awards for best song and “Here for the Hookup.”

The ceremony is returning to a live format after being pre-recorded for several years. 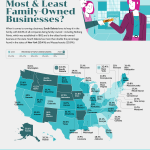 Minari actor Steven Yeun has been tapped to star alongside Robert Pattinson in Oscar-winning Parasite filmmaker Bong Joon Ho’s next movie, according to Deadline. The […]

Louise “Lou” Taylor, Britney Spears’ former business manager, was an “intimate friend” of Spears’ father and played a direct role in the creation of the […]