Gosh, so much going on.  Elizabeth Holmes was finally sentenced.   FTX collapsed.  Big Tech is laying off workers at unprecedented rates, except TikTok, which should, indeed, be cautionary.  Elon Musk’s master plan for Twitter remains opaque to most of us. Americans remain contentedly unworried about the looming COVID wave.

And, yes, there are lessons for healthcare.

Getting to space has been one of humankind’s big accomplishments. We’re so good at it that earth’s orbit has become a “graveyard” for space debris – dead or dying satellites, pieces of rockets, things ejected from spaceships, and so on.  Space is pretty big, but the near-Earth debris is getting to the point when avoiding it becomes an issue for the International Space Station and other orbiting objects.

Scientists now fear that climate change will impact the upper atmosphere in ways that will cause space debris to burn up in it less often, making the problem worse.

Some countries see opportunity.  The Washington Post profiled how Japan, in particular, wants to be a leader in cleaning up space debris. “In space, Japan has always been a country of second gear. The first gear was always the United States, Soviet Union and, recently, China,” Kazuto Suzuki, a space policy expert at the University of Tokyo, told WaPo. “This is a golden opportunity for Japan, but the time is very short.”

Jonathan McDowell, an astrophysicist at the Harvard-Smithsonian Center for Astrophysics, noted: “The problem is there’s no international air traffic controller for space.”  Getting countries to agree on the problem, he added, “only works if the countries are willing to put international interests ahead of their own paranoia about military concerns, and it’s not clear that China is, and the U.S. is definitely not.”

China’s space ambitions have become very clear – perhaps for commercial and scientific purposes, almost certainly for military – but so has its interest in space debris. China-based Space Technology Company recently demonstrated a robotic platform that uses a large net (or “sail”) to capture and “deorbit” space debris. “In the future, the NEO series satellites could clear space debris by dragging it out of orbit and burning it in atmosphere, and accurately capture space debris that may pose a threat to space spacecraft and other targets to protect the safety of space facilities,” Su Meng, founder and CEO of Origin Space, told the Global Times.

Not to be outdone, British companies are competing for contracts for what Sky News called “Britain’s first garbage truck for space,” while the U.S. Space Force’s innovation arm has awarded 124 Phase 1 contracts that will focus on “Active Debris Remediation.”

Japan wants help to set standards and precedents. “Setting a precedent is a great way to hold other countries accountable,” Professor Suzuki told WaPo. “It will — not legally, but morally — bind other countries.”  Its Commercial Removal of Debris Demonstration (CRD2) claims to be “the world’s first technology demonstration of removing large-scale debris from orbit,” with hopes of an Active Debris Removal demonstration as early as 2025.  It hopes “to develop a new business market.”

Of course, one country’s technology for Active Debris Removal/Remediation could be used to take out another country’s operating satellites and spacecraft, making some countries’ interests in it perhaps less than altruistic.

The drive to make space debris not only a civic duty but also a business opportunity reminds me of the efforts to extract rare earth elements – critical to many electronics – not from mines (primarily located in China) but from landfills.  A 2020 study found e-waste from discarded electronics includes “14 rare earth elements, six platinum group metals, 20 critical metals, and 16 other elements, including some precious metals.”

In Nature, Michael Eisenstein points out that “estimates suggest that precious metals might be up to 50 times more abundant in e-waste than in mined ores.” He goes on to argue: “The precious and scarce metals these devices contain can be reused near-indefinitely, and emerging technologies that make their recovery easier could drastically reduce the need for mining.”

There’s gold – and even more valuable rare earth elements — in that waste.

Space debris and e-waste in landfills seem like a long way from healthcare, both figuratively and literally.  For most of us, they’re out of sight, usually out of mind, and, to the extent we think about them at all, problems for someone else to deal with, at some future time.

In other words, pretty much like most big problems in healthcare.

But when we can’t get a smartphone because its manufacturers can’t source the necessary rare earth elements, or when those smartphones can’t access GPS because space debris has taken out the supporting satellites, then we’ll care.  Then we’ll be wishing more people had been looking for the new business opportunities each represents.

Most people look at problems in healthcare and just shrug; that’s just the way it is, we lament.  Some innovators develop incremental solutions that make things at least a little less bad. We graft solutions on top of the existing system, add more layers, take a new slice of all that spending.  But turning “wasted” byproducts of our dysfunctional healthcare system into new business opportunities – that’s harder.

Here’s an example. Health systems take their medical debt – caused by their excessive charges and our inadequate health insurance system(s) – and monetize it.  That’s a creative way to make more money from a problem, but it doesn’t fix the problem for patients.   Toledo (OH) saw an opportunity: it is wiping out $240 million in medical debt for its citizens. Now, that’s some creative problem-solving. It doesn’t fix the problem of why there’s medical debt but at least it addresses the impact of it, at least for a time.

If only more of us turned problems into opportunities like that.

Kim is a former emarketing exec at a major Blues plan, editor of the late & lamented Tincture.io, and now regular THCB contributor. 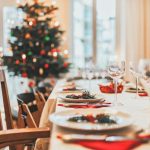 News Releases from Department of Health

What is it, and how does it affect mental health?

Over the last several decades, gender roles have evolved and changed to reflect shifting societal norms. Yet, despite these changes, unpaid household labor disparities still […]

Is Paxlovid, the COVID pill, reaching those who most need it? The government won’t say