Opponents eclipsed the supporters of the state’s recent emergency rule change blocking transgender people from changing the sex designation on their birth certificates during a public hearing held Thursday.

The Montana Department of Public Health and Human Services issued the emergency rule in May in response to a District Court order temporarily blocking the department from implementing legislation that required a court order proving gender-affirming surgery took place before someone could change their records. The court ordered DPHHS to return to a 2017 process that required only a sworn affidavit to change their birth certificate.

Instead, the department said the 2017 process was repealed upon the passage of Senate Bill 280, passed by the 2021 Legislature. Because there was no process in place, DPHHS said, its new rule, which eliminated the possibility of changing the records aside from correcting a “data entry error,” was required by the department’s “obligation to ensure the accuracy of vital records.”

More than 200 people logged into the public hearing over Zoom on Thursday. Two people spoke in support of the agency’s rule, while nearly 100 spoke in opposition; with only two hours scheduled for public comment, many people were unable to offer their opposition. Moderators extended the public comment hearing to allow more to testify and still fell short of providing time for everyone to speak.

Those who opposed the rule urged the department to return to the 2017 process and roll back restrictions on changing their birth certificates. Allowing people to live with documentation that reflects their gender identity, many said, would aid in combating the depression and suicide rates that are prolific in Montana.

Many opponents said transgender youth would be most at risk due to the rule change, considering high rates of suicidality among the group. Montana educators bore that out in their comments on Thursday, like Magdalen Marmon, a Missoula teacher who called the rule a “gut punch” to trans children. Marmon spoke of the “light” trans children display when they are acknowledged by their names and preferred pronouns.

“This rule is asking us as teachers to know that light of recognition, to know how important it is to give the correct information to a child and to give them the gut punch instead,” Marmon said.

Church leaders, medical providers, Democratic lawmakers and parents of trans children were among the chorus of opposition against the DPHHS rule.

Donna Elford, the only proponent who offered a comment with her support, said she didn’t think someone should be able to change their birth certificate “just because someone feels that they have the right to.”

Several opponents to the rule said it flew in the face of the mission statement on the DPHHS website, “Improving and protecting the health, well-being and self-reliance of all Montanans.”

The National Institutes for Health, they pointed out, has presented data showing 82% of transgender individuals have considered killing themselves and 40% have attempted suicide.

“This is salt in the wound,” Ryan Kellan Jean, a transgender person from Florence, said during the hearing. “As someone who is born and raised and still living in Montana, I am appalled.”

Thursday’s hearing was not unlike the 2021 Legislative hearings on SB 280, sponsored by Republican Sen. Carl Glimm. of Kila, in which mountains of opponents opposed the anti-trans legislation, overshadowing a few supporters.

A spokesperson for DPHHS said Thursday the department will decide what action to take on the proposed rule after the public comment period ends and the agency has reviewed the comments.

Since DPHHS issued the rule, the ACLU of Montana, which is representing two transgender Montanans in their challenge to SB 280, has asked District Court Judge Michael Moses to clarify his previous order halting enforcement of the legislation and compelling the state to use the 2017 form once again. 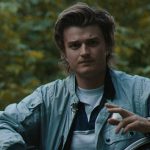 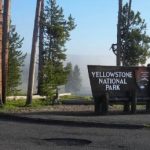 Being labeled as ‘woke’ can cost Christian colleges students, money

For decades, Hillsdale College and Grove City College mirrored each other. Fiercely independent, neither takes any federal dollars, including government-backed student loans, in order to […]

The old quote claims that “90% of life is showing up.” I wonder if the other 10% is geography. Hurricane Ian didn’t just strike Florida […]

“I don’t like the amount of money the state and the taxpayers are having to foot to bring the business here,” said Gail Wilson, a […]