The beginning of NFL training camp often brings with it the first wave of injuries that have a chance to affect the regular season. Hopefully for the Green Bay Packers, the injury suffered on Friday night by safety Darnell Savage will not be one of those injuries.

Savage pulled up lame while covering wide receiver Amari Rodgers during the team’s “Family Night” practice, with some tightness in his hamstring. For his part, the star safety isn’t worried.

“I don’t think it’s a concern,” Savage said, per ESPN.com. “It’s a fast-people injury. Some of those things you can’t avoid. I’ll just handle it the right way and listen to those guys back there and I’ll be all right.”

The defense — and specifically the secondary — might rightly be considered the strength of Green Bay’s team in 2022, after the team traded Davante Adams and lost Marquez Valdes-Scantling in free agency, and saw David Bakhtiari open training camp on the physically unable to perform list. Back-to-back MVP Aaron Rodgers will presumably have the offense humming right along eventually, but it would be understandable for there to be an adjustment period after losing his top target and one of the team’s best deep threats.

Lucky for the Packers, the defense has the talent to be one of the NFL’s best. With Savage and Adrian Amos at safety, plus Jaire Alexander, Rasul Douglas, and Eric Stokes at corner, the defensive backfield is stacked and should be able to match up with any group of pass-catchers in the league. Making sure the hamstring injury for Savage does not linger is therefore quite important for the Packers, so it’s a good sign that he’s not too concerned about it. 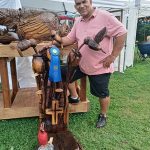 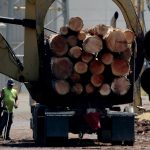 Cowboys’ CeeDee Lamb explains how he found out he would be team’s No. 1 WR, how his life has changed since

Dallas Cowboys star CeeDee Lamb found out he would be the team’s No. 1 wide receiver in a surprising way. It was not a meeting […]