Patrick Mahomes values legacy over being highest-paid QB: ‘It’s not always about getting the most money’

Kansas City Chiefs quarterback Patrick Mahomes is currently one of the best in the game. He already has two Super Bowl appearances under his belt, with one win, and a contract worth nearly half a billion dollars. Some players may chase the money while in the NFL, but Mahomes said what matters most to him is legacy.

“If you’re ticked off making all the money that I’m making, you’re probably a little bit messed up,” Mahomes said in Peter King’s Football Morning in America. “I know I’m going to be taken care of for the rest of my life. Being in this organization and being on the platform that the NFL has given me, I’ve been able to make money off the field as well.”

Mahomes has seen some of the players he looks up to have the same values, adding, “If you watch some of the great quarterbacks, man, it’s not always about getting the most money. It’s about going out there and winning and having a legacy that you can kind of live with forever. For me, that’s what I want.”

Looking back at why he got started in the game, it was always to win championships. The money is just an added bonus.

“Obviously, I want to make money and be able to buy everything I want and all that different type of stuff, but that’s not the reason I started playing football,” Mahomes said. “The reason I started playing football was to win Super Bowls, to enjoy these relationships that I’m building on this field with all my friends who are my teammates. I think at the end of the day if I do that, I’ll be a happy guy in the end.”

Whenever Mahomes walks away from his career, which likely won’t be for a long time, he will have earned a lot of money, but also have statistics, highlights and rings that he will value more.

At just 26 years old, Mahomes is already on track for a Hall of Fame career, and if you ask most football fans, they will say he will most certainly raise a few more Lombardi Trophies before he hangs up the cleats.

If it is legacy that Mahomes is after, he is already well on his way in cementing himself as one of the best. 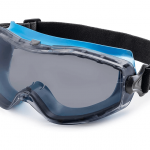 Next Article Best Work Goggles in 2022

Mike Hilton had two main points of emphasis during the Bengals’ first day of OTAs. Cincinnati’s veteran cornerback wants his team to prove that last […]

NBA Rookie of the Year odds: Why Paolo Banchero is by far the best bet among draft class despite low odds

If you’re going to make a preseason bet on the NBA’s Rookie of the Year award, it should be on Paolo Banchero. I typically strive […]

Getty Images Devin Haney is headed down under once again. The undisputed lightweight king is set to make the first defense of his titles against […]