Two leading candidates for governor launched new TV spots on Tuesday, and the ad from former Maryland Commerce Secretary Kelly Schulz boils her argument down to its essence — and isn’t likely to change between now and November (assuming she winds up winning the Republican nomination on July 19).

The 30-second Schulz ad, which is airing on cable and broadcast stations throughout the state, shows the candidate, in living color, walking among black and white cardboard cutouts of the 10 Democrats seeking the gubernatorial nomination (one of them, Rushern Baker, suspended his campaign last Friday). Without saying so, the ad deftly reminds voters that all 10 Democratic contenders are men. And it seeks to draw contrasts on the biographical and policy fronts.

“There are 10 Democrats running for governor,” Schulz says, as she navigates between the cutouts of Democrats Ashwani Jain and Wes Moore. “But they’re all the same. I’m different. I’m Republican Kelly Schulz. At 19 I was pregnant, waiting tables. But I got my degree, while raising two boys. I owned a small business. Served in the legislature and as Maryland’s Commerce secretary.

“These guys…They’ll raise taxes, increase spending, demand control over our kids’ education, and will never be tough enough on criminals. That’s not me. I’ll keep changing Maryland for the better.”

It’s easy to imagine that Schulz will use the last four points — on taxes, spending, education and crime — again and again and again on the campaign trail, regardless of who emerges as the Democratic nominee. That’s a potent and easy to grasp message. She also appropriates the message from popular Gov. Larry Hogan (R), who made “Change Maryland” his campaign slogan. That might not resonate in quite the same way with voters, but it probably doesn’t hurt her, either.

Meanwhile, one of the top Democratic contenders, former Democratic National Committee Chair Tom Perez, launched a humorous 30-second ad on Tuesday picking up on his oft-repeated line that he comes from “the GSD Wing of the Democratic Party.”

The ad flashes to parents watching Perez’s ad in the living room with their son.

“Getting s*** done,” the wife replies, as she covers the child’s ears, the offending word bleeped out.

Perez then comes on camera, recounting his work as a civil rights attorney with the U.S. Justice Department, protecting abortion rights, and his time as Maryland’s Labor secretary, implementing “the first living wage law in the nation.” He pledges that as governor, he’ll lower prescription drug prices, protect voting rights, and ensure that abortion rights are enshrined in the state constitution.

“I’m Tom Perez, and I’ll get stuff done for Maryland,” he says as the ad closes.

The spot is airing for now in the Washington, D.C., market on broadcast and cable, but may be seen in other TV markets before too long, a campaign aide said.

In another development in the gubernatorial race, the Maryland League of Conservation Voters on Tuesday endorsed Wes Moore, an author and former foundation CEO, in the Democratic primary.

“Wes Moore has developed a strong climate platform that includes a clear commitment to addressing environmental justice,” said Kim Coble, executive director of Maryland LCV. “At a time of deep political division and cynicism, Wes has also shown a remarkable ability to inspire Marylanders on all sides of the political spectrum. Those skills are essential to meeting the environmental challenges confronting our state.”

LCV leaders conceded that they struggled with the endorsement, because they found three of the Democratic candidates particularly strong on climate and environmental justice issues — Moore, Perez, and former U.S. Education Secretary John King, who won the backing of the Sierra Club last week.

The selection “was challenging given the caliber of candidates in this year’s election, and Marylanders should be pleased that there are excellent candidates to choose from to advance strong climate and justice priorities for the state,” said Lynn Heller, chair of the Maryland LCV board of directors. “Although Tom Perez, John King and Wes Moore are all well-qualified to champion environmental policy and take positive action, Moore stands out for his vision and his commitment to addressing  generations of environmental inequity.”

Moore pledged that if elected, he’d be a “passionate partner [with environmentalists] to re-establish Maryland as a national leader, tackle environmental injustice, and take the urgent and aggressive actions the climate crisis demands.”

Speaking of Moore, he released a six-minute video Tuesday distilling his policy proposals to make Maryland’s economy more inclusive for Black families. In the video, Moore described addressing long standing racial disparities as “a core part and a central part of why I’m running.”

“It doesn’t have to be this way,” Moore said of systemic poverty in communities of color. “This is the result of broken politics and broken policies.”

Catching up with the Browns

U.S. Rep. Anthony Brown, one of two Democrats running for state attorney general, launched a 30-second TV ad Tuesday in which he banters with his wife, Karmen Walker Brown, and she lists the reasons why she’s voting for him.

“I’m voting for Anthony Brown for attorney general, for one important reason,” Karmen Brown, a seasoned government relations professional, says at the top of the ad.

“Because you’re my wife?” the congressman asks.

“I am,” she agrees. “But Maryland needs a fighter.”

“I served in the army, and fought on Capitol Hill, Brown says. “I’ll protect our seniors and consumers and our right to vote.”

“Someone who protects our safety,” Karmen Brown says.

“I’ve got a record of reforming the justice system and taking guns off the streets,” Anthony Brown says.

“Anthony, you’ll protect a woman’s right to choose and keep abortion safe and legal,” she says.

The Brown campaign said the ad would be airing in both the Baltimore and D.C. media markets.

News from the 6th

“It’s a sign of the challenge we face this year to keep the 6th District blue,” Trone writes in the solicitation. “I appreciate the DCCC’s support, but with national Republicans already naming this one of their top targeted races to flip, I know we’ll need all the help we can get. The bottom line is that if we’re going to win, I need your support as well.”

Although Trone won reelection by almost 20 points in 2020, the district has taken on more conservative territory in the newest congressional map, and the election dynamics are heavily favoring Republicans overall. The Cook Political Report puts the 6th District race in the “lean Democratic” category, while Inside Elections handicaps it as “likely Democratic.”

Trone is, of course, personally wealthy, and has so far largely self-funded his campaigns. But in the latest solicitation, he is clearly looking for help.

“When voters get their ballot in November,” he writes, they’ll have two choices:

“A Democrat focused on progress with a long track record of getting things done for Marylanders and securing a brighter future for our children. OR an ultra-conservative Trump acolyte known as one of the least effective legislators in Maryland’s history.”

That would be a reference to Del. Neil Parrott (R-Washington), Trone’s challenger in 2020 who is seeking the seat again in a crowded Republican primary.

Parrott announced on Tuesday that he’s been endorsed by the Maryland Right to Life State political action committee.

“Neil Parrott is a demonstrated leader in defending the fundamental right to life of the preborn, disabled, and medically vulnerable,” the PAC said.

The PAC has also endorsed Rep. Andy Harris, the lone Republican in the state’s congressional delegation. 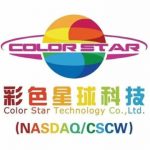 Previous Article The Mugglehead technology roundup: Into the future edition 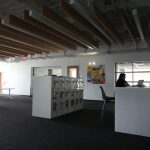 Next Article More than 100,000 without electricity Tuesday afternoon from intentional outages

The impact of overturning Roe vs. Wade

An Ohio law banning almost all abortions after six weeks went into effect. A lawsuit was filed to overturn it, and a complete ban on […]

Politics is beginning to look like a toxic sludge

Of course most people are seeing the Partygate affair as the tip of a toxic political iceberg. As the chance to aggregate our political disdain […]

Politics in the workplace: how should we deal with opposing views?

The trouble started, Johnny C Taylor Jr believes, when employers started encouraging people to bring their whole selves to work. Taylor is not some crusty […]