Politicians ‘should be ashamed’ of gun inaction

Mike Krzyzewski isn’t running for political office, but he wishes the people who hold positions of power would act differently.

The retired Duke basketball coach, speaking on the latest SiriusXM radio episode at Cameron Indoor Stadium’s Champions Club, got political, calling out both parties for not serving those in need amid the rising gun violence in America.

“You shouldn’t vote for the party, you should vote for the people that you serve,” Krzyzewski said. “And you should have the guts, the courage, and it’s your duty. It’s your duty to do that. We are not doing that duty at the national level when our country is suffering greatly from it.

“The people that are suffering are people that need you. Like, why don’t you? Come on. You know? What the hell are we doing? You know, we’re not taking care of our people. And we can go into the guns. Like, you need an automatic weapon? You gotta be kidding me. You got to be kidding me. It’s disgusting.”

Coach K brought up the mass shooting in Buffalo, in which 10 black people were killed at a grocery store, and the 2018 shooting at a Pittsburgh synagogue in which 11 Jewish people were killed. He supported Warriors coach Steve Kerr speaking out on the subject after the school shooting in Uvalde, Texas, and went at politicians for not working together to address the problem. 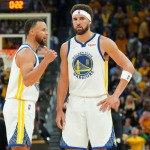 Previous Article NBA Finals 2022: Warriors facing a must-win vs. Celtics in Game 2 … unless they plan on making history 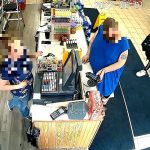 Next Article Boy, 12, arrested for carrying out armed robbery on gas station in Hartford Michigan

Being labeled as ‘woke’ can cost Christian colleges students, money

For decades, Hillsdale College and Grove City College mirrored each other. Fiercely independent, neither takes any federal dollars, including government-backed student loans, in order to […]

President Joe Biden, his administration and the Democrats in Congress have forgotten a simple rule of American leadership: real life dominates politics. The politics of […]