Washington — More than 1,400 dignitaries and government officials are in attendance for the funeral of Madeleine Albright on Wednesday, paying respects to the first woman to serve as secretary of state who died last month at the age of 84.

President Biden, former President Bill Clinton and former Secretary of State Hillary Clinton are delivering remarks honoring Albright at the Washington National Cathedral, organizers for the funeral said. Bill Clinton selected Albright as his secretary of state in 1997, and she served until the end of his term in 2001.

Secretary of State Antony Blinken, Defense Secretary Lloyd Austin, CIA Director William Burns and Chairman of the Joint Chiefs of Staff Mark Milley are among the current U.S. officials attending. Former President Barack Obama and Michelle Obama are also on hand for the ceremony, as well as several foreign leaders.

Born Marie Jana Korbelova in Prague in 1937, Albright’s family fled Nazi-occupied Czechoslovakia for the U.K. just two years after her birth. The family returned after the war, but fled to the U.S. after a Communist coup in 1949. Albright would go on to attend Wellesley College and earn a PhD from Columbia University before serving as a staffer on Capitol Hill and the National Security Council under President Jimmy Carter.

Clinton named Albright as his ambassador to the United Nations in 1993, a role she held until 1997. The Senate approved her nomination as secretary of state in a unanimous vote.

A fierce defender of human rights, Albright guided U.S. diplomacy in the Middle East and the Balkans, and pushed to expand NATO to fill the vacuum left in central Europe by the fall of the Soviet Union. Poland, Hungary and the Czech Republic all joined the alliance during her tenure.

Upon leaving office, Albright returned to teach at Georgetown University and remained active in the Democratic politics, advising Hillary Clinton in her 2008 bid for the presidency. Obama awarded her the Presidential Medal of Freedom in 2012.

Albright died on March 23 after a battle with cancer, her family said at the time. Mr. Biden said Albright “defied convention and broke barriers again and again.”

“In every role, she used her fierce intellect and sharp wit — and often her unmatched collection of pins — to advance America’s national security and promote peace around the world,” the president said. “America had no more committed champion of democracy and human rights than Secretary Albright, who knew personally and wrote powerfully of the perils of autocracy.” 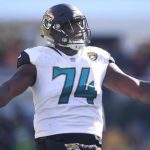 Disney is slightly more popular than Ron DeSantis, the Florida Governor who declared political war on the entertainment and theme park giant. A survey commissioned […]

You’ve probably wondered what are the branches of the US government. Here’s a quick overview: the executive branch, the judicial branch, and Congress. You might […]