The Montana State Prison is adjusting work schedules in an effort to address a large number of vacant positions, but the president of the correctional officers’ union said Monday the overhaul will only push more employees out.

About 30% of jobs at the prison in Deer Lodge are unfilled.

In an internal memo shared Monday with the Montana State News Bureau, Department of Corrections Director Brian Gootkin told correctional staff at the state prison their shifts will be changed from eight hours a day to 12 hours in mid-July.

“Due to vacancies, light duty, extended leave and a depleted workforce throughout Montana, MSP is down 79 positions,” DOC department heads said in Monday’s memo. “For the wellbeing of our employees, we want to eliminate holdovers, reduce mandatory overtime and preserve existing vacations.”

Staffing has fallen into a fragile balance at Montana State Prison, a 1,600-bed facility, as recruitment and retention problems raised alarm even for lawmakers who are in between legislative sessions. The Department of Corrections has closed a unit of the prison, approved a $2 hourly raise and formed a committee specifically to address those staffing issues, while the warden inside the prison works to keep mandatory posts covered as a matter of safety.

Warden Jim Salmonsen told state lawmakers during an interim committee meeting in January the prison was suffering a 20% vacancy rate at the prison, although union officials have said that figure is likely higher. Monday’s memo is the first published notice by the DOC saying the vacancy rate has climbed to 30%, nearing in on a third of prison positions.

“This is going to do nothing but make things worse,” Meaders said in a phone interview. “We’re all barely holding on as it is.”

Meaders said the union membership has, several times, voted against 12-hour shifts. He said Monday it’s too soon to say how or if the union will take action in response to the shift changes.

Carolynn Bright, a spokesperson for the corrections department, did not return an email asking for the department’s response to Meaders’ statement. The memo itself constitutes the 14-day notice of a change in schedule as required by the Local 4700 collective bargaining agreement, department leadership wrote in the document.

Monday’s memo includes a few additional measures, like reducing visitation for MSP inmates to two days a week from four, which will take effect July 2.

“This will allow us to place correctional officers normally assigned to visitation inside the compound,” the memo stated.

Additionally, the department will pull staff from probation and parole to assist in covering inmates’ hospital stays and transportation between facilities when necessary. The mandatory overtime list is also expanding to include other departments, which include admissions, the prison ranch, fire, treatment technicians and mental health technicians, according to the memo. 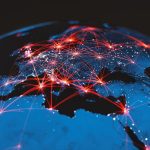 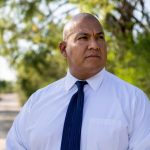 But Kennedy’s superpower logic is resounding poignantly as Putin gets backed into a corner by the strategic disaster of his war, Ukraine’s heroic resistance and […]

Lawyers for the defendant, Michael Sussmann, told the judge he can’t get a fair trial because one of the witnesses suggested Sussmann could answer a […]

CBS News has projected J.D. Vance has won the Republican nomination for Senate in Ohio, after he soared to the lead when former President Donald […]

The state flag of California flies on a flag pole in San Diego. REUTERS/Mike Blake When UC-Berkeley’s Institute of Governmental Studies conducted one of its periodic […]