QD OLED vs OLED: which is the best TV technology?

Just when you thought there were already too many TV technologies to get your head round, 2022 has given us yet another one. Introduced in new TVs from Samsung (its creator) and Sony, so-called Quantum Dot OLED (QD-OLED for short) technology is positioned as being able to combine some of the strengths of OLED and LCD technology to deliver picture quality the likes of which we haven’t seen before.

QD-OLED marks Samsung’s first foray into any sort of OLED TV technology for well over a decade – a decade in which, somewhat awkwardly, the brand has been far from shy about putting the boot into an OLED approach chiefly pioneered by its great rival, LG Electronics.

Samsung has also, unexpectedly, not positioned QD-OLED as the flagship technology in its 2022 range (that honour goes to its Mini LED TVs), and even more strangely is marketing it under the same simple ‘OLED’ tech name that traditional OLED TVs use.

While Samsung might not seem especially keen to crow about its own new technology, Sony has made its A95K QD OLED TV its flagship 4K model, and has always been keen to make sure people know about the new technology’s potentially next-gen advantages.

So where in this odd mixture of apparent enthusiasm and indifference does the truth lie? Is Quantum Dot OLED really a Quantum leap (pun intended) for TV technology, or is it just a case of the OLED Emperor’s new clothes?

The big deal with Quantum Dot OLED technology is that it combines the self-emissive lighting properties of OLED with the colour range and brightness properties associated with the Quantum Dot colour system that’s previously been limited to relatively premium LCD TVs.

It works, more specifically, by using organic materials to emit a blue light for each pixel in the picture, which then passes through green and red Quantum Dot layers. Not having to pass a white OLED light through RGB colour filters in the way that regular OLED TVs do potentially enables increased brightness and, since there’s no longer any pure white to pollute proceedings, the production of wider colour gamuts.

The first QD-OLED TVs we’ve seen, Samsung’s QE65S95B and Sony’s XR-55A95K, have both made persuasive cases for the technology’s prowess. When it comes to colour, in particular, both models have delivered unprecedented colour volume and range, rejuvenating parts of today’s HDR, wide colour gamut pictures that other types of OLED TV cannot reach.

Local contrast, too, has been quite the revelation, especially on the Samsung QD-OLED TV. The ability of OLED technology to enable a black pixel to sit right next to a white one without either compromising the other looks even more dazzling when the white pixel can be pushed even brighter, as QD-OLED makes possible.

It should be stressed that even the brighter of the two new QD-OLEDs, the Samsung QE65S95B, only manages about 10 per cent more brightness than the best regular OLED TVs. What sounds on paper like a fairly small difference, though, actually delivers far more visual impact than you might expect.

In fact, Michael Zink, President and Chairman of the UHD Alliance (an industry body comprised of many consumer electronics brands that seeks to establish performance requirements for today’s displays) has publicly stated his excitement at the arrival of QD-OLED on the grounds that it’s the first technology that fully meets the high brightness and high contrast requirements stipulated by the UHD Alliance’s long-running ‘Ultra HD Premium’ specification.

QD OLED’s viewing angle support has proved to be pretty much immaculate with both of the debut models we’ve seen too, adding an advantage alongside its local contrast over LCD TV technology.

A more surprising positive of QD-OLED, at least where Samsung’s S95Bs are concerned, is price. Even though it uses brand new technology, the S95B is actually being sold for substantially less than Samsung’s flagship QN95B 4K Mini LED model. The first OLED and plasma screens to come to market, meanwhile, cost tens of thousands of pounds.

On the other hand, the S95B isn’t as cheap as most regular OLED TVs, and is certainly at the higher end of the TV market compared with most LCD-based models.

One technical downside of QD-OLED technology is its potential to suffer screen burn, where prolonged exposure to bright static image elements has the potential to eventually see shadowy remnants of those elements gradually getting permanently left behind on the screen. There’s no suggestion to date, though, that QD-OLED’s extra brightness makes screen burn more likely than it is with OLED – and it’s now much less likely to happen with most people’s OLED TVs than it used to be.

Despite being brighter than regular OLED TVs, Quantum Dot OLED screens aren’t as capable of the same sort of brightness peaks or full screen brightness that premium LCD TVs are. In fact, they measure less than half as bright as the punchiest LCD TVs (most notably Samsung’s own flagship QLED models). QD-OLED’s local contrast abilities, though, together with the extra brightness consistency it can deliver during dark scenes, thanks to not needing to dim backlighting to minimise backlight clouding, enable it to deliver a more consistently illuminated image than any LED screen can currently provide.

OLED essentially picked up the baton from the plasma technology so beloved of home cinema fans, offering another self-emissive solution that was less power-hungry and easier to miniaturise to cope with higher resolutions, and (eventually) capable of achieving more brightness and colour volume than plasma could.

Since its ultra-expensive debut, OLED makers have continually refined the natural advantages granted by the technology’s ability to have each and every pixel in an OLED screen generate its own light independently of its neighbours, achieving in most cases these days pretty much immaculate black levels even against a backdrop of ever-increasing brightness levels. This, of course, has led to ever-improving local contrast and an ever-more successful pursuit of the sort of demanding screen specifications required by today’s high dynamic range picture technologies.

OLED’s self-emissive nature means, too, that it delivers wider effective viewing angles than any LED TV, even though in some cases the colour filtering systems can cause slight colour shift if you view from a really wide angle.

The local contrast and viewing angle advantages of OLED only hold good against LCD TVs though. They don’t give OLED a leg up against QD-OLED, which offers essentially the same advantages as OLED, while adding wider colour range support and more brightness.

In fact, with QD-OLED gently highlighting the current limitations of ‘RGBW’ OLED while also causing renewed discussion around OLED’s historic (though diminishing) issues with screen burn, are there any areas where it can claim a ‘pro’ over its new QD-toting rival?

There are at least a couple. First, OLED TVs can be cheaper. For while QD-OLED has arrived more affordably than expected, with Samsung’s QE65S95B QD OLED actually costing essentially the same as LG’s premium OLED65G2 RGBW OLED, most OLED TVs cost significantly less. LG’s OLED65C2, for instance, is much more affordable, while its entry level 55-inch OLED55A2 model is much cheaper still.

It’s likely that QD-OLED will become more affordable, of course, and might also follow RGBW OLED’s lead of expanding to offer different levels of specification to target a wider range of price points. However, the massive production capacities RGBW OLED panels now enjoy together with the amount of R&D expenditure that’s already been and gone in getting them to where they are today should enable at least entry level and mid-range OLED TVs to retain a considerable price advantage for some time yet.

The other slightly more tenuous advantage of RGBW OLED over QD-OLED is the sheer number of years of experience that’s now behind it. Panel-maker LG Display, LG Electronics (the TV brand), and then more recently a whole host of other TV brands, have been beavering away for years improving both OLED hardware and the key software that drives OLED panels. So while QD-OLED has undoubtedly got off to a strong start, and while Sony’s QD-OLED in particular has suggested that the know-how developed for regular OLED screens can translate pretty well to Quantum Dot OLED screens, it may be some time yet before we start seeing QD-OLED being pushed close to the outer reaches of its potential.

Quantum Dot OLED has really hit the ground running. Both of the first QD-OLED TVs we’ve seen have shown real progress when it comes to brightness, contrast and, especially, colour range. And they’ve done so at much more aggressive price points than we might have expected.

The traditional form of OLED, though, is now established enough to support a wide range of specifications and, as a result, price points, giving consumers a much more affordable entry point into OLED technology’s self-emissive talents. So while QD-OLED certainly already poses a stiff challenge to the higher reaches of the RGBW OLED world and is good enough already to suggest a dazzling future awaits, there’s likely to be plenty of room for traditional OLED to continue to thrive for many years yet.

Which OLED or QD-OLED should you buy? Here are the best OLED TVs

The best ‘standard’ OLED you can currently buy? That’s the LG G2 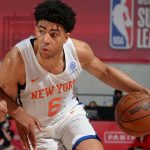 Next Article The Best Home Office Accessories of 2022

The ability to leach primary copper sulphides has, on many occasions, proved a hurdle too much, with conceptual work in the laboratory or pilot scale […]

Ceramic 3D printing has application in many fields: medical or dental, aerospace or even industrial – its use is widespread, but current methods are difficult […]