The Queen appeared at Buckingham Palace on Thursday during the festivities and will still participate in a beacon lighting ceremony from Windsor Castle in the evening.

“The Queen greatly enjoyed today’s Birthday Parade and Flypast but did experience some discomfort,” Buckingham Palace said in a statement.

“Taking into account the journey and activity required to participate in tomorrow’s National Service of Thanksgiving at St Paul’s Cathedral, Her Majesty with great reluctance has concluded that she will not attend,” it continued.

Earlier Thursday, the 96-year-old Queen looked on from the palace’s famous balcony at a sea of red, white and blue as huge, flag-waving crowds flocked to the Mall to see the monarch and her family.

The area around Buckingham Palace and nearby St James’ Park was packed with homegrown and international tourists — some of whom had camped out overnight — to witness the first event of the bumper four-day weekend celebrations.

And after seven decades of duty, the sovereign certainly lived up to her reputation as a loyal crowd-pleaser. She may not have been up to the ceremonial role of riding on horseback as part of Trooping the Colour, but she nonetheless delighted fans by her presence on the balcony following the military parade.

Dressed in a dusky dove blue Angela Kelly ensemble with matching hat, the Queen smiled as she received the salute as soldiers and officers returned from Horse Guards Parade following the conclusion of her birthday parade.

The “major military spectacle” — as it was described by the UK Ministry of Defence — involved “months of training and centuries of tradition,” as well as 1,500 soldiers and officers, 400 musicians, 250 horses and 70 aircraft.

Prince Charles, heir to the throne, represented his mother in the ceremonial role which she has traditionally undertaken. He rode on horseback, closely followed by his sister Princess Anne and his son, Prince William.

Other members of the royal family rode down The Mall in carriages to the parade ground — among them Catherine, Duchess of Cambridge, accompanied by her three children and Camilla, Duchess of Cornwall.

As the Colour of the Irish Guards was trooped at Horse Guards Parade, during which military bands played in formation and undertook a tricky manoeuvre called “the spinwheel,” other royals watched on from the Major General’s Office nearby.

A short while later, the Queen appeared on the balcony of Buckingham Palace with her cousin the Duke of Kent.

In a second balcony appearance, she was joined by three of her four children, in addition to several family members. Prince Harry and Meghan, Duchess of Sussex did not appear on the balcony as the Queen decided last month that only royals carrying out official duties would be included.

But earlier the Sussexes had watched the Trooping the Colour event with other royals from the Major General’s office near Horse Guards Parade, in their first public appearance with the royal family since they quit working as royals two years ago.

The Queen’s decision to only invite working royals onto the balcony also meant Prince Andrew, who was stripped of royal duties and his HRH title in January in the wake of his civil sexual assault lawsuit in the US, did not appear on the balcony. It later emerged that he will not be able to join his family members at Friday’s thanksgiving service either as he has tested positive for coronavirus. A royal source told CNN the duke had seen his mother in the last few days but has been undertaking regular testing and has not seen her since he tested positive.

For many, the highlight of the proceedings was the spectacular RAF flypast, an awe-inspiring air show involving 70 aircraft, including the Red Arrows.

There was, however, one person who did not seem overly impressed with the display — 4-year-old Prince Louis. The youngest child of the Duke and Duchess of Cambridge was pictured with his hands over his ears and pulling faces as the spectacle to celebrate his great-grandmother’s 70 years on the throne all proved a little overwhelming.

Nevertheless, his family did not appear to be remotely bothered by Prince Louis’ refusal to maintain protocol, as they smiled and chatted to each other while the planes continued to fly — even at one point arranged in formation to make up the number 70.

Later, more than 3,000 beacons will be set alight across the UK, the Channel Islands, the Isle of Man and in UK Overseas Territories. The principal beacon will be lit in a special ceremony at Buckingham Palace. The lighting of beacons is a long running royal tradition used to mark jubilees, weddings and coronations. Beacons will also be lit in the capital cities of Commonwealth countries.

“The Queen is looking forward to participating in tonight’s Beacon lighting event at Windsor Castle and would like to thank all those who made today such a memorable occasion,” Buckingham Palace also said in the statement.

Sign up for CNN’s Royal News, a weekly dispatch bringing you the inside track on the royal family, what they are up to in public and what’s happening behind palace walls.

Tags :
europeQueen pulls out of jubilee service due to 'discomfort' during Thursday's parade - CNN 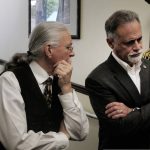 Donald Trump was dealt another blow on Monday night after Republican Kari Lake lost her bid to become governor of Arizona, the latest in a […]

University of Idaho student killings: Investigators have looked at more than 1,000 tips

Moscow, Idaho CNN  —  Investigators in the fatal stabbings of four University of Idaho students have gone through more than 1,000 tips that have arrived […]

The fire broke out at around 1 a.m. at the Mountain B nightclub, a one-story building in the Sattahip district of Chonburi province, southeast of […]