As NFL players head into their summer break, with several weeks of rest to come ahead of training camp, teams are desperately hoping they’ve made the right decisions for their roster in their attempt to dethrone the Los Angeles Rams. A key way to do that will be to make sure the pass rush and secondary are elite, and the latter will involve coming equipped with at least one dominant cornerback to help the cause.

Unfortunately, not every team can boast such a thing, while others might have more than one elite CB to throw at not only Matthew Stafford and Super Bowl MVP Cooper Kupp, but any quarterback/receiver combo that comes their way.

With that, it’s time to take a look at listing the best cornerbacks in the league — players who are the gold standard at their position and who routinely impact the outcome of games. Everyone can’t make a top 10 list, and that’s the point, but you can believe some of these races came down to a photo finish.

Tough crowd, I know. Alexander landing at what is essentially the 11th spot on this list isn’t anything more than a result of the difficulty in trying to figure out who’d have to be snubbed to move him up, and therein lies the rub. Because while Alexander is again one of the best cornerbacks in the NFL going into 2022 (the Packers awarded him a four-year extension this offseason for a reason) an injury-shortened season (shoulder) didn’t give him enough opportunities in 2021 — having cracked the top 10 on multiple occasions in previous iterations of these rankings, and he’ll likely carve his way back into the 2023 rendition, as long as he remains healthy enough to get back to prime form.

The Ravens’ defense was absolutely decimated by injury in 2021, and that left Humphrey to carry much of the load in the defensive secondary absent Marcus Peters. The former All-Pro (2020), two-time Pro Bowler and NFL forced-fumbles leader (2020) proved once against he’s a lethal talent at the position, despite the losses around him. It wasn’t his best year statistically, but often operating on an island without Peters manning the opposite post, it most certainly wasn’t his worst, either. Especially considering he wound up joining Peters on injured reserve after suffering a torn pectoral muscle in Week 14, but expect Humphrey to cook again in 2022.

There are a list of things going wrong in Atlanta, but Terrell is far from one of them. He’s the lighthouse to all who look for hope within the organization’s chances to do anything of meaning going forward, and especially in the first year of the post-Matt Ryan era. Not every first-round pick can live up to their hype at the NFL level, but Terrell has, earning a Second Team All-Pro nod in only his second year and quickly becoming a visceral cover corner in the league. In the grand scheme of newcomers battling dynamic veterans for a chance to land on this list, Terrell is swinging both Mjolnir and Stormbreaker — justifiably leapfrogging both Humphrey and Alexander in his first appearance on it.

Prior to landing his big-money extension in 2020, not many truly understood White’s value to both the Bills and the league, and that was despite landing All-Pro honors the season before. Now a two-time Pro Bowler who was also once co-leader in interceptions, the only thing that slowed White in 2021 was a torn ACL suffered in Week 10. It was a brutal blow to the Bills’ defense, which might’ve done more damage in the postseason if it had White on the field to help battle Patrick Mahomes in the AFC Divisional Round. He’ll be back on the field for 2023, however, and you can bet he’s sharpened his teeth this offseason.

Unfortunately, when it comes to who gets recognized for their work in the NFL, market size matters. That’s one (and likely the only) reason Moore isn’t a household name at this point, and that’s a shame, because he deserves better. This is a player who entered the NFL as an undrafted free agent (2017) and had to grind his way to a starting role, then rewarding the Colts with a Pro Bowl campaign in 2021 that helped them to one of their most special defensive seasons in recent memory. And while All-Pro linebacker Darius Leonard is rightfully the centerpiece of all conversation about the unit, Moore has earned respect, hence his presence and positioning on this list — a mostly durable cornerback who can both take the ball away and who doesn’t make business decisions when it’s time to tackle someone.

Ward is a force to be reckoned with, and opposing offensive coordinators know this to be true. The two-time Pro Bowler isn’t entirely dissimilar from Terrell in how he’s successfully parlayed his status as a former first-round pick (2018) into stardom, but there was much more pressure on Ward to do so — seeing as he’s a former top 5 overall pick (Terrell was 16th overall). Year in, year out, all Ward does is remain available and produce, racking up five INTs in the last two seasons, and his 102 combined tackles in 2021 is evidence to his willingness to get his hands dirty on a regular basis. His five-year, $100.5 million extension signed in April tells you all you need to know about what the Browns think of him, and they’re right.

You could argue Diggs isn’t yet above Ward or others below him in these rankings, but the counterpoint is, well, 11 interceptions and two defensive touchdowns. In a league that thrives on passing and, as such, the dire need of players who can halt such attacks, Diggs is the prototype. A former WR turned CB, his ability to diagnose routes and the intentions of an opposing QB is as inhuman as his ability to close gaps and actually catch the ball, whereas many other cornerbacks see most of their would-be INTs instead become a pass deflection. Diggs inhales passes, and the more QBs test him, the more he aces the exam, now having 14 INTs in only 27 starts, and even Jalen Ramsey noted he’s “one of the best” at taking the ball away — Diggs now positioned to become the next highest-paid CB in the near future.

It’s time to jump over to the top five on this list, and that means it’s time to talk about Lattimore. Since he joined the New Orleans Saints as the 11th overall pick in the 2017 NFL Draft, he’s been their best cornerback, and anyone debating this needs to be checked for a concussion. Lattimore has earned Pro Bowl honors in each of his NFL seasons except for 2018, and hit the ground running as NFL Defensive Rookie of the Year in 2017. Having signed his five-year, $97.6 million extension in 2021, his deal set the mark for Ward and the two duel it out on this list for the No. 4 seat, along with the incoming missile that is Diggs, but it goes to Lattimore — if only by a smidge because of his experience and consistency.

As if the Chargers’ defense wasn’t already in maniac mode after trading for Khalil Mack as a rebuttal to the Denver Broncos acquiring Russell Wilson, but adding Jackson makes them that much more sociopathic. Jackson didn’t simply put up numbers for this Patriots, but he did so in the shadow of Stephon Gilmore, until Gilmore was no longer present and everyone had to finally acknowledge just how dominant Jackson truly is. This is a defensive back with 25 interceptions in his first four seasons — 17 over the last two years alone — and he’s coming off of a season that saw him mount a career-best 23 pass breakups (also higher than anyone else on this list in that category). Now set to line up behind Mack and Joey Bosa and in a secondary with Derwin James, Nasir Adderley and Asante Samuel Jr., Jackson might only be getting started.

Smart move, Dolphins. When you have a talent on your roster like Howard and he feels slighted by contractual items, you fix those items. With things now smoothed over in that arena via a new deal awarded to Howard, the Dolphins can get back to enjoying having what is arguably the best cornerback in the entire NFL. If not for Ramsey, you’d be hard-pressed to name someone who makes a bigger and more consistent impact at the position than Howard, and that was also before they added Byron Jones as help in free agency a couple of offseasons ago. There have been no major injury issues with Howard since 2019, and 15 INTs over the past two seasons says all that needs to be said — along with his often A-plus coverage grades — about one of the most complete CBs we’ve had the pleasure of watching.

Yes, the crown still sits atop Ramsey’s head, for yet another season. There’s no reason to pretend he isn’t still the best cornerback in the NFL, and so we won’t. The fact he’s so consistent and has actually gotten better with age — a comment you shouldn’t take lightly when considering he achieved All-Pro honors as early as Year 2 — only deepens the argument to keep him on the throne, and anyone waiting for him to take a step back and get comfortable after resetting the market at the position with his mega deal can stop holding their breath now. Furthermore, what Ramsey was able to produce in 2021 … with two bad shoulders … is utter insanity, and now that he’s gotten those issues repaired, what level might he hit for the defending champion Rams in 2022??

We can’t wait to find out. 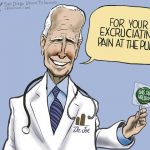 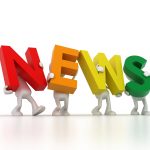 Next Article How Do People Get Their News Online?

Remember when it seemed like most of the teams in the NBA were trying to clear cap space, obsessed with the idea of recruiting a […]

Which traded NBA future first-round picks hold the most value? Ranking all 47 that have changed hands

At any given time, there are 210 first-round picks in circulation within the NBA’s trade market. That figure represents 30 apiece for the next seven […]

Adrian Peterson, Le’Veon Bell boxing match pushed back due to issues with the main event