Red Deer city council passed a new bylaw on Friday that designates the city’s Ross Street Patio as an “entertainment district,” according to the city’s website.

The new designation means people visiting the street-side patio area can consume alcohol “outside of licensed premises” there, the city said.

According to the city, Red Deer’s Downtown Business Association had submitted a request for such a designation in the spring.

“Located on the north side of Ross (50) Street, between 49 Avenue and 50 Avenue, the Ross Street Patio Entertainment District will operate weekly from 12 p.m. to 11 p.m., Tuesday through Saturday,” the city said. “Alcoholic beverages must be purchased from vendors within the site and must be consumed within the boundaries of the district.

“Public intoxication, underage drinking, cigarette smoking or vaping and use of cannabis are not permitted within the district.”

The Red Deer DBA will be tasked with managing the site. The city noted people or businesses wanting to host events in the district will still need a special permit.

The city said it hopes the new entertainment district designation will “increase the vibrancy and positive use” of Red Deer’s downtown core. 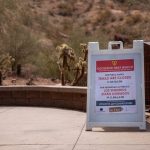 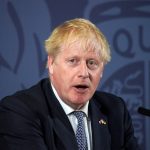 article DETROIT (FOX 2) – A new venue for live entertainment is opening in the former Punch Bowl Social in Detroit. Comedian Mike Epps’ One […]

From Joyride to Irma Vep: a complete guide to this week’s entertainment | Culture

Going out: Cinema JoyrideOut nowYou’ve got a choice of two charming new road trip movies in UK cinemas this week. This one stars Olivia Colman […]

Veteran actor Kenneth Tsang has died while in a COVID-19 quarantine hotel in Hong Kong, local media reported. Tsang was best known internationally for his […]