On her Instagram, Michelle Pfeiffer posted a throwback picture of herself with Coolio, who died Wednesday at 59.

“Heartbroken to hear of the passing of the gifted artist@coolio. A life cut entirely too short,” she began about the “Gangsta’s Paradise” artist. “As some of you may know I was lucky enough to work with him on Dangerous Minds in 1995. He won a Grammy for his brilliant song on the soundtrack – which I think was the reason our film saw so much success.”

Pfeiffer added, “I remember him being nothing but gracious. 30 years later I still get chills when I hear the song. Sending love and light to his family.”

She closed by mentioning his birth name, “Rest in Power, Artis Leon Ivey Jr.” along with a heart emoji.

Incidentally, Pfeiffer is correct about the popularity of “Gangsta’s Paradise” boosting the film: Antoine Fuqua, then an up-and-coming video director, has credited the actress’ surprise participation in the video and its success, with turning the movie into a hit. 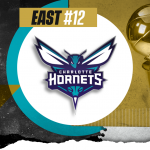 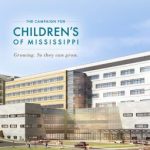 The teaser poster for the Ever SMTown project [SM ENTERTAINMENT]   The Everland amusement park in Yongin, Gyeonggi, is teaming up with SM Entertainment to […]

EXCLUSIVE: In a deal announced today in Cannes, IMAX Corporation and Dolphin Entertainment signed a multi-year agreement to co-finance development and production of a slate of […]