The city of Richmond will partner with a California-based nonprofit group for a new gun buyback program that’s slated to begin this summer, according to an ordinance before the City Council tonight.

As the city continues to grapple with shootings and a rise in homicides, Mayor Levar Stoney and other city officials are hoping that the program will reduce the number of firearms on the street by allowing gun owners to surrender weapons they own in exchange for gift cards.

The council is likely to adopt the grant contract with The Robby Poblete Foundation due to its placement on the council’s consent agenda. The council leadership puts items it considers non-controversial on the special docket to approve multiple items by a single bloc vote.

A man has been charged with involuntary manslaughter in a May 6 crash near the National Theater downtown that fatally injured a pedestrian.

Under the terms of the grant agreement, the city will allocate $83,050 to the Robby Poblete Foundation to administer the program. While the Richmond Police Department will be responsible for taking the firearms, the Foundation will use $67,500 to buy the gift cards. The agreement does not say how much will be paid for each firearm.

The Foundation, which was founded by the mother of a man slain in Vallejo, California, in 2014, has worked with a handful of communities on gun buyback programs. The organization’s websites says it has collected nearly 1,400 guns at buyback events in Augusta, San Francisco and two other California localities.

Stoney and other officials have said gun violence prevention is a top priority for the city.

The funding for the grant contract will be drawn from $500,000 the city has allocated from its federal American Rescue Plan Act allotment for “gun buy back events and responsible gun ownership education,” according to a memo from the mayor’s office. The city has also allocated $1 million from the COVID-19 pandemic aid package to the nonprofit NextUp to support after school programs.

In addition to Richmond, the city of Portsmouth is planning to hold its own gun buyback event on June 25. 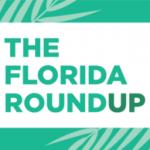 Previous Article Power, policy and public health: The push and pull in Florida 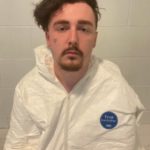 The pandemic in Russia and the bankruptcy of national-chauvinist politics

The pandemic continues to exact a terrible toll in Russia. Since the invasion of Ukraine, efforts to contain the spread of COVID-19 have been abandoned. […]

At 18 years old, Aidan Kohn-Murphy is making his political voice heard loud and clear. Photo by Lindsey Max Twenty-seven days before the 2020 presidential […]

OP-ED | Squeezing the Most Out of the Culture War: National Politics in State and Local Races

SUSAN BIGELOW What drives voters to the polls? There are a thousand answers, but very few of them are satisfying. One constant seems to be […]