The home secretary made an error of judgment but she recognised that she raised the matter and she accepted her mistake.

Braverman will be focused on “cracking down on criminals, on defending our borders”, he adds.

The SNP leader at Westminster, Ian Blackford, congratulates Sunak on becoming the first British Asian prime minister. The symbolism of this achievement is to be “warmly welcomed” by everyone, he says.

He asks Sunak if he will reassure people and guarantee that benefits will rise in line with inflation in his upcoming budget.

Sunak does not answer the question directly, but says he has “always acted in a way to protect the most vulnerable”.

He adds that he will “continue to act like that in the weeks ahead”, but does not commit to a rise.

I always acted in a way to protect the most vulnerable that’s because it is the right thing to do and those are the values of our compassionate party.

I can absolutely reassure him and give him that commitment that we will continue to act like that in the weeks ahead.

Sunak says he is the first to admit that mistakes were made. He says the difference between him and the Labour leader is that he was honest over the summer about the difficulties the country faced, but Starmer was not.

He promised his party he would borrow billions and billions of pounds, he told his party what it wanted to hear. Leadership is not selling fairy tales, it is confronting challenges and that is what the public will get from this government.

Starmer uses his final question to call for a general election. He points out that Sunak was beaten in the summer leadership contest by Liz Truss – who herself was “beaten by a lettuce”.

He claims he wants to level up the north but then he posts about trying to funnel vital investment away from deprived areas.

He’s not on the side of working people. That’s why the only time he ran in a competitive election he got trounced by the former prime minister who herself got beaten by a lettuce.

Starmer says Sunak “pretends he’s on the side of working people”. In private, he says something “very different”, the Labour leader says.

He goes on to talk about the video which emerged in the summer of Sunak in Tunbridge Wells saying he diverted public money from “deprived urban areas”.

Rather than apologise or pretend he meant something else, why doesn’t he do the right thing and undo the changes he made to those funding formulas?

I don’t need to explain to the prime minister how non-dom status works – he already knows all about that.

He calls for the PM to get rid of such statuses, adding:

Why doesn’t he put his money where his mouth is?

In response, Sunak says he will “have to take difficult decisions to restore economic stability” – and says more will be revealed in the autumn statement.

He says the goverment will always protect the most vulnerable, as it did in Covid.

Starmer says Sunak has “done a grubby deal” trading national security because he was scared to lose another leadership election.

There may be a new Tory at the top but with Tories, it’s always “party first, country second”, Starmer says.

Sunak responds to Starmer’s assertion and suggests perhaps the Labour leader should explain why a few years ago he was supporting the member of Islington North, a reference to Jeremy Corbyn.

Sunak replies he has already addressed the issue of the home secretary’s reappointment.

Sunak says he hopes Starmer will welcome the news today that there are “over 15,000 new police officers” on our streets and that the home secretary will support them to tackle burglaries.

Meanwhile, he says, Labour “will be backing the lunatic protesting fringe that are stopping working people carrying on with their lives”.

Starmer points out that Sunak pledged integrity, professionalism and accountability in his statement outside Downing Street yesterday. He says:

But then, with his first act, he appointed a home secretary who was sacked by his predecessor a week ago for deliberately pinging around sensitive Home Office documents from her personal account.

Starmer goes on to say that his experience running the Crown Prosecution Service means he knows firsthand how important it is to have a home secretary “whose integrity and professionalism are beyond question”.

He asks if officials have raised concerns about his decision to appoint Braverman.

The home secretary made an error of judgment but she recognised that she raised the matter and she accepted her mistake.

Braverman will be focused on “cracking down on criminals, on defending our borders”, he adds.

It is “a reminder that for all the challenges we face as a country, Britain is a place where people of all races and all beliefs can fulfil their dreams” Starmer says. It’s part of what makes us all so proud to be British, he adds.

Dr Alan Whitehead (Lab) begins by congratulating Rishi Sunak on his new post and of being the first PM of a South Asian heritage.

He asks if Sunak has changed his mind about campaigning to prohibit the development of onshore wind, which he says is the cheapest form of power available to us in the country.

Sunak replies by saying that he “sticks by what we said in our manifesto”, adding:

The important thing is to focus on our long term energy security. That means more renewables, more offshore wind, and indeed more nuclear. That’s what this government wants.

Rishi Sunak begins his first PMQs with the standard statement about his engagements, that he had meetings with ministerial colleagues in addition to his duties in the House.

Rishi Sunak is about to begin his first Commons appearance as prime minister.

The foreign secretary, James Cleverly, defended Rishi Sunak’s decision to appoint Suella Braverman as home secretary after she resigned over security reasons one week ago.

Braverman handed in her resignation to then prime minister, Liz Truss, after sending a confidential email from her personal email address, breaking ministerial code.

Cleverly said Braverman had “made a mistake” and Sunak wished to see the home secretary ‘see through’ her robust plans for policing and immigration.

Labour has been granted an urgent question in the Commons later on Wednesday, with the party due to ask the home secretary Suella Braverman to make a statement on her resignation and reappointment.

The shadow home secretary Yvette Cooper will ask Braverman “to make a statement on her resignation and reappointment as home secretary”.

The Commons will hear the question after PMQ this lunchtime.

Rishi Sunak has been pictured leaving No 10 for the House of Commons to attend his first Prime Minister’s Questions.

The chancellor, Jeremy Hunt, announcing his decision to delay his fiscal statement, also defended the appointment of Suella Braverman as home secretary a week after she was forced out of the role.

Asked if he was happy with the reappointment and whether he trusted Braverman, he told reporters:

She apologised for her mistakes. She’s been fully accountable for those mistakes, she stepped down as home secretary. But from the point of view of people at home, who want stability in the economy, they also need to see a united Conservative party and that’s why the prime minister has put together a cabinet of all the talents.

The new environment secretary, Thérèse Coffey, has said that protecting the environment will be at the heart of her mission in her new role.

This may not seem like a significant statement but her predecessor, Ranil Jayawardena, initially claimed his role was mostly about supporting economic growth and cutting red tape for farmers.

Her statement could signal hope that she is moving away from divisive policies such as scrapping nature-friendly farming incentives, banning solar farms and attacking the RSPB. She has also vowed to work with environment groups to protect nature – perhaps meaning the tensions between the department and groups including the RSPB and national trust could be soothed.

She told the Guardian:

I am delighted to return to Defra, this time as secretary of state.

As the prime minister set out, protecting our environment is at heart of our manifesto. I will work closely with rural communities, farmers, industry and the champions of our environment to strengthen our natural environment and support our thriving food and farming sector. I look forward to resuming our work to protect nature and deliver a stronger rural economy.

The chancellor Jeremy Hunt has insisted postponing the fiscal statement was the right move to ensure the “very, very difficult decisions” required “stand the test of time”.

The OBR also want to make sure that their forecasts are the most accurate possible and there have been a lot of changes even in the last 48 hours.

This is my recommendation to the prime minister as the best way to ensure that the decisions that we take, these very, very difficult decisions, are ones that stand the test of time and give us the best chance of giving people security over the mortgages, over their jobs, over the cost-of-living concerns that everyone has.

He added that he is willing to make “politically embarrassing” choices. He said:

I’ve demonstrated in the short time that I’ve been chancellor that I’m willing to take decisions very quickly and I’m willing to make choices that are politically embarrassing if they’re the right thing to do for the country, if they’re in the national interest.

Now we have a new prime minister and the prospect of much longer-term stability for the economy and the country. In that context a short two-and-a-half week delay is the best way we will make sure that it is the right decisions we take. 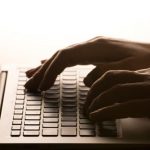 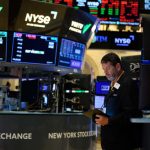 “DHS got very spooked after the failed rollout of the Disinformation Governance Board, even though the message [from administration officials] was clear that we can’t […]

People are wigging out over drag queens

Lately, drag has been dragged through the mud. The art form has been cast in a false light in recent months by right-wing activists and […]

FARGO — The 2022 political season in North Dakota just got enjoyable. Maybe not so much for Kelly Armstrong. But for the rest of the […]