Rob Gronkowski remains undecided about his NFL future. As the calendar approaches mid-June and voluntary OTAs push forward in full swing ahead of mandatory minicamps around the league, the eventual Hall of Fame tight end is still one of the headline talents in the current pool of free agents. That may or may not change soon, but it appears the Tampa Bay Buccaneers are remaining hopeful he’ll return to the team, and they have reason to be.

But even more so than simply being hopeful, the Bucs are reportedly optimistic that the four-time First-Team All-Pro will not only return, but that he’ll potentially do so before training camp gets underway in late July — per The Tampa Bay Times. This would become yet another massive re-addition to a team that’s now seen Tom Brady retire and then quickly unretire to suit up again in Tampa for the 2022 season, and the fact he has makes it a foregone conclusion he’s likely whispering sweet nothings in Gronkowski’s ear.

The two have also been seen together this offseason having some baseball fun, and it’s logical to believe they’ve secretly mixed in some football drills as well.

Brady was successful in aiding the Bucs to wooing Gronkowski out of retirement to join them in 2020, a season that ended in yet another Super Bowl ring for the QB-TE tandem, before the 2021 season ultimately ended in postseason disappointment at the hands of the eventual champion Los Angeles Rams.

So if Gronkowski believes there’s still some unfinished business for him on the field, it would make sense he’d attempt to end his career on a high note with the Bucs, considering he’s never once played for any other franchise quarterback other than Brady — something he also once said he’d never do. And while things can certainly change in the business of the NFL, the Bucs are indirectly holding a spot for him financially via their current contract structures on existing players, with triggers they can pull at a moment’s notice to help in any negotiations to come.

All they need now is to know if Gronkowski wants back in, but they’re not going to rush him, either. 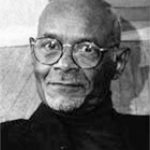 Next Article Hughie Lee-Smith and the politics of introspection

Getty Images The Drew League has often served as a venue for NBA players to hone their skills against strong competition in the offseason, but […]

Shaun Alexander is one of the best running backs we’ve seen over the past couple decades. Only four that played the position have won NFL […]

Getty Images The Philadelphia 76ers will be without guard Tyrese Maxey for three-to-four weeks due to a bone injury in his left foot, according to […]