Send Valley June 26, 2022 0 4 min read
The impact of Friday’s historic ruling that struck down a 1973 legal precedent known as Roe v. Wade was felt immediately, with at least 10 states effectively banning abortion as of Saturday night. Another five states are expected to enact varying trigger laws limiting abortion in the coming days and weeks, including Wyoming, Mississippi, Tennessee, Texas and Idaho.

In all, 26 states have laws that indicate they could outlaw or set extreme limits on abortions, effectively banning the procedure in those states, according to the Guttmacher Institute, a research organization that supports abortion rights.

A lawsuit has already been filed in Utah, which is among the states that moved quickly to ban most abortions.

The Utah law allows for abortion in three circumstances — where there is danger to the mother’s health, uniformly diagnosable health conditions detected in the fetus or when the mother’s pregnancy is the result of rape or incest.

Performing an abortion in Utah under its ban is now a second-degree felony in nearly all cases, according to the lawsuit, which names the governor and the attorney general among the defendants.

The lawsuit argues that the new abortion law violates multiple rights protected under Utah’s constitution, such as the right to determine family composition and equal protection rights, among others.

It also says the law has a disparate impact on women as opposed to men, and violates the right to bodily integrity, involuntary servitude, as well as the right to privacy.

“When the Act took effect, PPAU (Plaintiff Planned Parenthood Association of Utah) and its staff were forced to immediately stop performing abortions in Utah beyond those few that are permitted by the Act. If relief is granted in this case, PPAU’s health centers would resume providing abortions that would not qualify for any of the Act’s exceptions,” the lawsuit reads.

In Wisconsin, Democratic Gov. Tony Evers vowed to “fight this decision in every way we can with every power we have,” after his Republican-controlled state legislature declined to repeal the state’s 1849 law banning abortion, which is taking effect again following the Supreme Court ruling.

“Our office is reviewing today’s decision and will be providing further information about how we intend to move forward next week,” Wisconsin Attorney General Josh Kaul said in a statement Friday.

Demonstrators both for against the High Court’s decision have been taking their voices to the streets this weekend in small towns and big cities across the nation, with more events planned Sunday.

In South Carolina, hundreds of people gathered Saturday in Greenville in response to the ruling. At least six people were arrested at the rally, which included people protesting and supporting the ruling.

Emily Porter, 23, told CNN she was protesting the ruling when she saw police take a woman to the ground after she stepped down from a sidewalk and walked across the street.

“I felt very angry to watch them take an older woman to the ground,” Porter told CNN. “If they wanted to detain her, they could have done it in a respectful manner.”

Porter said after the woman was tackled, several people left the sidewalk to come to her aid, prompting police to detain them.

“I’d never thought I’d be in the middle of all this,” Porter told CNN. “I was angry, I was afraid and I was confused.”

Greenville Police said neither Tasers nor pepper spray was used during the arrests and authorities would be reviewing the incident.

In the nation’s capital, police arrested two people Saturday after they were accused of “throwing paint over the fence by the U.S. Supreme Court,” US Capitol Police tweeted.

In New York City, at least 20 people were “taken into custody with charges pending,” after demonstrators marched in protest of the Supreme Court ruling, police said. No further details were provided on the arrests.

On Friday night in Phoenix, law enforcement used tear gas to disperse a crowds of protesters who were demonstrating in front of the State Senate.

As some states move to restrict abortion rights, others are taking steps to better protect and expand abortion access and funding.

Minnesota Gov. Tim Walz issued an executive order Saturday providing protections for people who travel into the state for reproductive health care from states where abortion is illegal or criminalized, his office said.

“Our administration is doing everything we can to protect individuals’ right to make their own health care decisions,” he said in a statement.

The announcement comes as Red River Women’s Clinic — the only abortion clinic in nearby North Dakota — is preparing to move its services to Minnesota. North Dakota is one of many states that have trigger laws on the books aiming to ban abortion following the Supreme Court ruling. Its law will go into effect 30 days after the ruling is certified by the state’s attorney general.

In doing so, Inslee announced an upcoming executive order that will direct state police not to comply with extradition efforts from other states seeking to penalize those who travel to Washington to receive an abortion. He didn’t specify when the executive order will be released and or when it will take effect.

The Democratic governor also vowed to pay $1 million to begin subsidizing reproductive healthcare networks across the state ahead of the anticipated influx of patients. 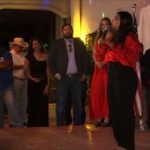 Previous Article Mayra Flores won big in Texas. Can other Latinas do the same? 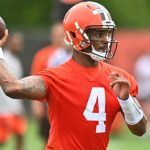 Water is the top concern for residents like Carlos Vega, whose town of Cayey in the mountains of east-central Puerto Rico faced not only utility […]

China is seeding clouds to replenish its shrinking Yangtze River

Hong Kong CNN  —  Chinese planes are firing rods into the sky to bring more rainfall to its crucial Yangtze River, which has dried up […]

The parents of the 15-year-old suspected of killing five people, including a police officer, on a nature trail in Raleigh, North Carolina, said there weren’t […]

Cpl. Justin Dunn, a spokesperson for Missouri State Highway Patrol Troop B, told reporters that two of the people who were killed were aboard the […]