The ongoing referendums in the Russian-occupied regions and Russian mobilization in those areas are crimes, Ukrainian President Volodymyr Zelensky said in a nightly address on Friday.

Four Russian-occupied areas of Ukraine began voting in referendums on joining Russia, according to their separatist leaders, in a move that raises the stakes of Moscow’s invasion seven months after fighting began.

“The world will react absolutely fairly to the pseudo-referenda — they will be unequivocally condemned, as well as to the criminal mobilization that the occupiers are trying to carry out in Crimea and other parts of Ukraine that they still control,” Zelensky added.

Ukraine’s president urged people in the Russian-run areas to help to weaken the occupation.

“If you do get into the Russian army, then sabotage any enemy activity, interfere with any Russian operations, pass us all important information about the occupiers — their bases, headquarters, ammunition depots. And at the first opportunity, join our positions. Do everything to save lives and help liberate Ukraine,” he added.

Counteroffensive: Meanwhile, Ukrainian forces have recaptured about 9,000 square kilometers of territory (3,500 square miles) “since the beginning of active actions in the east of our country,” Zelensky said.

“Nearly 400 settlements have been liberated. This tangible result has been achieved due to the fact that our people in the temporarily occupied territory help us. Please do everything to increase such assistance,” Zelensky added. 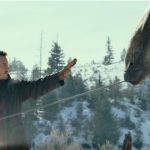 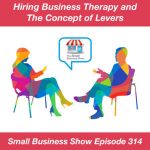 Next Article Hiring too Slowly and the Concept of Levers

WASHINGTON, Sept 5 (Reuters) – A federal judge on Monday agreed to appoint a special master to review records seized by the FBI during its […]