SA Police could use Adelaide city facial recognition technology, despite being asked not to

South Australia Police has indicated it will use the facial recognition capability of new security cameras being installed in Adelaide, despite being asked not to by the Adelaide City Council.

The council is about to begin a federally-funded, $3 million upgrade of the city’s ageing cameras, installing new, 360-degree units that will allow the use of facial and number-plate recognition software, matching faces to databases provided by the government or private companies.

Currently, the existing network is monitored by SA Police, which already uses some facial recognition tools in certain investigations.

Last year, the council — noting concerns about the lack of legal safeguards for facial recognition — voted to ask police to provide a formal undertaking to delay its use of that feature with the new cameras until new laws are passed.

“We know that these upgrades are necessary for public safety and we’ve sought an assurance from SA Police to assure us that that facial recognition component won’t be turned on until such time that legislation is in place.”

However, SA Police are yet to agree and, in a statement, told the ABC the technology would be useful.

“Facial recognition technology can significantly speed up investigations by automating the viewing of large volumes of vision, a painstaking task for investigators.

“There is no legislative restriction on the use of facial recognition technology in South Australia for investigations.

“Should a facial recognition capability be available, investigators will consider the seriousness of the matter and evidentiary value when determining if it is appropriate to use the technology.”

The existing cameras are frequently used to investigate and solve crimes.

However, facial recognition is a relatively new capability with little current regulation.

Australia does not have dedicated laws governing the use of facial recognition technology and last year the Human Rights Commission recommended the federal government enforce a moratorium on its use in “high-risk settings”, such as law enforcement, until stronger safeguards are in place.

Facial recognition is widely used to identify and monitor citizens in China.

In Australia, some major retailers have been using the technology without most of us knowing.

“It seems to have had no public consultation, no public discussion and certainly no parliamentary discussion on how it will be implemented, used and utilised,” SA Greens MLC Tammy Franks said.

“We know that, for some demographics, more than four out of five identifications are incorrect.

“If you had fingerprints wrong, more than four out of five times, the police wouldn’t be using it.

“So, if the police are going to use facial recognition technology, we need some safeguards in there around our privacy but also whether it works.”

Premier Peter Malinauskas said the state government had asked the Attorney-General’s department to conduct a review of current laws.

“I think every South Australian has confidence that when SAPOL are using facial recognition technology, it’s all about keeping the community safe … [but,] wherever that occurs, we’ve got to make sure we’ve got the appropriate framework in place that people’s individual liberties and privacy isn’t compromised,” Mr Malinauskas said.

The council is due to vote at the end of the month on whether to begin the camera upgrades.

A public meeting on the issue will be held on June 27 at the Adelaide Town Hall, with the council due to vote on whether to approve the first tranche of funding for the new cameras the following evening. 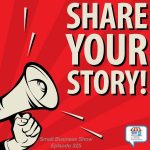 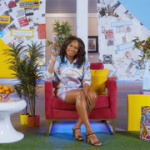 Visitors take pictures at the entrance of Rio Innovation Week in Rio de Janeiro, Brazil, on Nov. 8, 2022. (Xinhua/Wang Tiancong) Through Friday, the trade […]