The likely retirement of the Alaska Senate’s Democratic minority leader and a handful of incumbent-on-incumbent matchups were the highlights of Wednesday’s filing deadline, the last day for candidates for the Legislature and statewide office to register to appear on the ballot.

Sen. Tom Begich, the Anchorage Democrat who’s led his chamber’s minority caucus for the past four years, said Thursday that he’s decided to “move on to the next stage of my life” — making him the latest in a string of incumbent legislators, including Senate President Peter Micciche, R-Soldotna, who are not seeking reelection.

Begich’s name is still on the ballot for now. But a key aide, Löki Gale Tobin, filed to run for Begich’s seat just before Wednesday’s 5 p.m. deadline, and Begich said he will almost certainly withdraw from the race once he returns to Alaska from a road trip Outside and can meet with Tobin.

“I look forward to defending Alaskans’ right to privacy, championing equity and inclusion in government and fighting for progressive fiscal policies that benefit every Alaskan,” she said.

Privately, some Alaska progressives said they were frustrated that Begich did not announce his decision before the filing deadline, which could have made room in the race for other Democrats.

When the state redistricting board redrew legislative boundaries this year, it placed two Democratic incumbent House members — Zack Fields and Harriet Drummond — in the same House district within Begich’s Senate district, forcing them to run against each other.

Begich said he didn’t make his decision until the deadline. Just one other candidate, independent Heather Herndon, filed to run for his seat.

Begich, a brother of former U.S. Sen. Mark Begich and a son of the late U.S. Rep. Nick Begich, was first elected to the state Senate in 2016.

Begich, who’s also a musician, has made education and preschool a focus of his legislative work. This year, he worked with Republican Gov. Mike Dunleavy’s administration to lead passage of a major overhaul to Alaska’s reading curriculum that will also add tens of millions of dollars to state preschool funding — though the measure divided some of the Democrats in the Legislature.

[The Alaska Reads Act narrowly passed the Legislature. Policymakers are still divided on its benefits.]

Begich was not the only incumbent to make a last-minute retirement announcement. Democratic Rep. Liz Snyder, who’s finishing her first term representing an East Anchorage district, arrived at the Division of Elections office late Wednesday to endorse Donna Mears, the Democrat she hopes will replace her.

“If the pandemic the past two years has taught anything, time moves fast, and if you have some extended family things you need to attend to, you better jump on it,” Snyder said.

Mears is one of four candidates seeking to replace Snyder; the others are independents Peter Knox and Ian Sharrock, along with Forrest Wolfe, a longtime Republican legislative aide.

Other developments before Wednesday’s deadline left several incumbent legislators running against each other for House and Senate seats.

The redistricting board placed Anchorage Democratic Reps. Chris Tuck and Andy Josephson in the same House district, and both have registered their candidacies. But in interviews Wednesday, they both said one would ultimately withdraw.

“Andy’s one of my best friends, so we’re just trying to work things out and seeing what the options are,” Tuck said. “We’ll wait to see who’s all in, and who’s out.”

Josephson said they’ll make the decision based on “who is the best situation.”

“And it’s not just politically best-situated,” said Josephson, after the two met for a lengthy discussion Wednesday morning, just hours before the filing deadline. “We have to determine who can commit the most time to it over the next five months.”

Tuck said he had considered running for Senate, but when a final court ruling on the redistricting process reshuffled Senate districts, that put him in a district held by Democratic Sen. Elvi Gray-Jackson. Tuck did not want to run against her.

The new district overlaps more closely with Tuck’s existing district, which he said “naturally” gives him an advantage. But Josephson said he has a fundraising edge.

Other candidates for the seat include Republican Kathy Henslee and Alaska Independence Party member Timothy Huit.

In downtown Anchorage, Fields and Drummond are expected to compete for votes even as they hold similar positions and voting records.

“I guess you could say it’s inconvenient for me and Harriet that we ended up in the same district,” said Fields. “In a lot of ways it’s a win-win for the district, no matter how it shakes out.”

Fields said “the only reason” he filed was because of the role he played in keeping the bipartisan majority coalition in power, which he said was key to avoiding a mega-dividend payout at the expense of government services.

Drummond said constituents asked her to run for reelection. Among her priorities are improved retirement benefits for public employees. And, she says, “there’s always work to be done on education.”

Claman said he heard from voters asking him to run for Senate. Voters in the newly drawn district narrowly favored President Joe Biden, a Democrat, in the 2020 election, and Claman said he thinks “it’s going to be a close race.”

Costello said she respects Claman and works well with him, even as they differ on policy. And she said she welcomes his candidacy. “Despite what you see on Twitter and social media in regards to the district getting more liberal, I actually believe that the district is gaining conservative voters,” she said.

Another late filer was Doug Massie, who retired from his job as head of the Alaska Wildlife Troopers this week and is now running as a Republican against Wasilla GOP Sen. Mike Shower.

Even after a flurry of filings late Wednesday, a number of candidates are running unopposed. But just one is not an incumbent: C.J. McCormick, who will succeed Democratic Rep. Tiffany Zulkosky, a Democrat who decided not to seek reelection to her seat representing Southwest Alaska’s hub city of Bethel and surrounding villages.

McCormick, a Democrat, is in his mid-20s. But he’s an experienced politician: He’s in his second term on Bethel’s city council and serves as its vice mayor.

He also works as a communications specialist at the local tribal health organization, Yukon-Kuskokwim Health Corp., according to his financial disclosure. 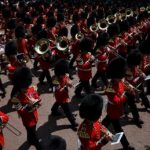 Salman Rushdie’s living legacy and the controversy over the Satanic Verses, explained

This week in Kentucky politics… Another high profile candidate has joined the Republican race for Kentucky governor. Kelly Craft is a Republican mega-donor who has […]