She was given a second chance after 27 felony charges. Now she’s running a nonprofit for women impacted by incarceration

Gabrielle Perry’s life of second chances started at birth. When she was a newborn, her mother, who was headed to prison, put her up for adoption.

She got her first lesson in second chances when she watched her adoptive father, Thurman Perry, employ former inmates for his lawn care business.

“The only people that he hired were the men from the local jail. They were from the prison work-release program. And he never treated them any differently,” Perry told CBS News. “He taught me everything, taught me to be strong, and taught me that I was less than no one.”

Her father died before he could see her go to Louisiana State University on a full scholarship.

Perry soon went through some hard times and was arrested in 2014 for financial crimes.

“I had taken money,” she said. “That I did not earn from my work-study job and was signing my own checks. And I got caught, of course, and immediately confessed to it. There was no reason to lie about it.”

“We walk up to the bench and I was terrified because he seemed to be in a very terrible mood,” Perry said.

But to her surprise, Higgonbotham treated her with kindness, asking her about her future and if she was ready to go back to school.

“It was such, like a, it was almost like it was a collaboration,” she said. “Like we were just having a meeting about my future. I would feel like I was meeting with an adviser and this was the judge of a criminal case.”

The judge dismissed her charges just in time for her to register for the fall semester. She told CBS News that she wrote the judge years later, expressing her gratitude for the second chance he had given her. Perry was able to earn degrees in epidemiology and public health at Tulane University, and now works as an epidemiologist.

“I wanted you to know this because we are in strange times and there are other people like me in this world,” her letter read. “I hope you think of your effect on my life and your very important work, your decision to not punish me saved my life. And because of that, I get to go save other people’s lives.”

Higgonbotham keeps Perry’s letter on his desk and said he often reflects on it. “It gives me inspiration to do what I do every single day,” the judge said.

Although Higgonbotham’s leniency helped Perry finish school with multiple degrees, the stigma of breaking the law took years to wear off. Perry was briefly homeless, relying on leftover meals from Rosehill Baptist Church to survive.

“I went to bed hungry and angry. In fact, the only full meal I ate every week was from the church on Wednesdays,” she said. “I helped serve food to the seniors and if there was some leftover I got it.”

The church gave her clothes and even helped her get a part-time job.

“I remember being so grateful but wanted another but just the arrest on my record made it hard for me to find another job and I remember every time I tried to move up in life, I tried to find a different job it was like life just kept kicking me back down,” said Perry.

Struggling to escape the cycle of poverty and criminal conviction discrimination, Perry created a second chance opportunity for women — she started the Thurman Perry Foundation, named after her father. The foundation offers scholarships to currently incarcerated women, formerly incarcerated women, and the daughters of anyone who has ever been incarcerated.

“Being able to educate women and girls is not just a nicety,” she said. “It’s a public health measure is a public safety measure. 43% of formerly incarcerated people who have access … to our educational program do not re-offend.”

Tamika Starks is the first inmate to get the scholarship. Starks and Perry first met at a women’s prison in Louisiana.

Starks is working towards a degree in Christian studies, which she will finish before her prison term ends in four years. Starks hopes to use her education to help victims of domestic violence — something she suffered through prior to her arrest.

Perry hopes that the scholarship will help Starks and other women gain a sense of dignity.

Perry’s foundation also provides organic feminine products to female inmates. During her stay in jail years prior, she found incarcerated women are not given proper supplies for their menstrual cycle — forcing some to cut open mattresses and use the stuffing. CBS News was there when Perry delivered supplies to the Louisiana Correction Institution for Women.

Several people turned down her idea. But Orleans Parish Sheriff Marlon Guzman told her “let’s do it.” Guzman not only let her run the program — which will hit 73,000 donated products this month — but he also allowed Perry to help solve the problem.

Perry said she hopes to be able to be an example of what second chances can do for a person.

“When someone is kind to you, it has the ability to literally change the trajectory of your life. I’m living proof of that,” she said. “Judge Higgonbotham’s kindness opened the door for me to be able to open that door of kindness for other people and to be able to change the direction of their lives.”

David Begnaud is the lead national correspondent for “CBS Mornings” based in New York City. 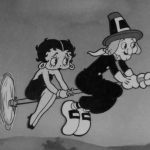 Senator Ben Ray Luján’s Stroke, and His Recovery for a Supreme Court Vote

Thomas Raynard James, man wrongfully convicted and imprisoned for 3 decades, on his release: “I never stopped believing it would happen”

Thomas Raynard James is a free man after spending more than 30 years behind bars for a murder he did not commit. He walked out […]

Storms and tornado rip through Kansas

A tornado that barreled through parts of Kansas destroyed or damaged hundreds of homes and buildings, injured several people and left more than 15,000 people […]

In Europe, these are days of perilous escalation. Fighting has spilled beyond Ukraine into neighboring Russia and Moldova. Today, Speaker of the House Nancy Pelosi […]